Let's Not Be Neutral

In this age of ideology and political enmity and division, I think we have a craving for “neutrality.” If you’re like me, you’re sick of one “side” constantly being against another “side” in every conversation. I wish we could all just agree on SOMETHING! ANYTHING!!

Can we at least agree to root for Padres over the dodgers!? Come on!

If you google the word, “neutral,” the first definition you’ll probably see is, “not engaged on either side specifically.” Sounds good, doesn’t it? Sounds refreshing, even. In this ideologically divided culture, “not engaged” might even feel virtuous. And in some ways, it is! It certainly doesn’t help to just throw gasoline on the fire by constantly pushing an agenda. It’s certainly not virtuous to hate our neighbors for their views and decisions.

But in another way, neutrality is anything but virtuous, especially for Christians. 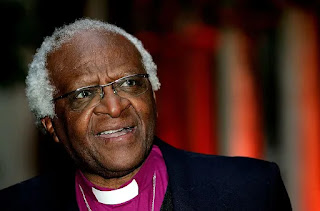 According to the late Bishop Desmond Tutu,

“If you are neutral in situations of injustice, you have chosen the side of the oppressor. If an elephant has its foot on the tail of a mouse and you say that you are neutral, the mouse will not appreciate your neutrality.”

Ephesians 6:12 says, “For we wrestle not against flesh and blood, but against principalities, against powers, against the rulers of the darkness of this world, against spiritual wickedness in high places.”

Jesus has chosen the side of love and he calls us to follow him there. So let’s not be neutral. Instead, let’s be faithful.