Modest is Hottest: on un-evangelism

“…a modest church that is still under the spell of an immodest theology has not yet begun to deal with the fact that ‘Religion Kills.’ …A religious community that believes itself to be in possession of “the Truth” is a community equipped with the most lethal weapon of any warfare: the sense of its own superiority and mandate to mastery.” -Douglas John Hall (The Cross in Our Context, p.5) 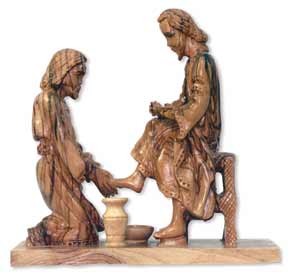 Do you talk about evangelism in your youth ministry? I know I do. In fact, throughout my career in youth ministry, I have made a point to teach a series on it at least once a year. But, ironically, every time I get around to talking about it, I feel self-critical, like I just don’t talk about it enough. That’s a thing in American Christianity, I think—to feel like you don’t talk about evangelism enough, even while you’re talking about evangelism. Almost every talk I’ve given or heard in church about evangelism has started out with some apology about how neglected the topic is. We think to ourselves, “Common. Why aren’t we more bold in sharing our faith?” And woven into this question is our anxiety—anxiety about the future of the church, anxiety about the size of our churches… maybe even anxiety about the size of our paychecks (of course, not you, though. You’re far too pious to be concerned about money)

But ask yourself, has Christianity in America ever really been anything other than bold. I mean, in America, ours is not a shy religion. If you think about it, we’re sorta everywhere. We’ve got t-shirts, mega-churches, televangelists, radio stations, publishing companies, theme parks (yes, theme parks), credit unions, and even cruise lines. Every American president in history has professed Christianity. And, despite the so-called “war on Christmas” (it’s really not a thing), no other religion gets to hear music about their holiday in the grocery store.

We’re everywhere. We’re about the most immodest religion in the world. And yet we still feel guilty that we’re not evangelizing enough? How does that even happen!?!?

In this day and age, the problem is not that people don’t know about Christianity. The problem is that they know exactly what Christianity has been about—better than many Christians—and they’re horrified. They’ve watched a religion unabashedly push itself on society. They’ve watched America, a “Christian nation,” start wars in the Middle East. The world outside the Church knows the obvious fact that religion kills, even the one that centers itself on a crucified God. So how do you think the world would feel about our anxiety that we’re not talking about evangelism enough? The world might actually need us to cool our jets a little.

To use the language of Douglas John Hall, even “modest” churches find themselves “under the spell of immodest theology.” Capturing, I think, the urgency of the situation, at least from many people’s perspective, Hall writes, “...there is no place in a world on the brink of self-destruction for a religion that is driven by the quest for power and glory, or even survival” (p.7).

We are under the spell of a theology that supposes that we should be the ones in power, that we have the market cornered on truth, that our God is better than everyone else’s, and that people who don’t like our religion are somehow deceived or just plain faithless. But Christian theology should be theology of the cross of Jesus Christ, theology that calls to the humility and weakness of Christ and not the strength and dominance of “divinity.”

Remember what Paul wanted for us? In his letter to the Philippians, he wrote, “Let the same mind be in you that was in Christ Jesus, who, though he was in the form of God, did not regard equality with God as something to be exploited… he humbled himself and became obedient to the point of death—even death on a cross.”

In short, Christian theology should be modest. It should be marked with the humility of love, not the anxiety of survival.

Disclaimer: I realize the importance of “taking back” evangelism from perversions of it. And I realize the beauty (and modesty) of proclaiming “good news,” which is really the root of evangelism. I understand the need for mainline and progressive Christians to evangelize and to clarify the difference between the gospel of Jesus Christ and Evangelicalism, the fundamentalist sect of Christianity in America.

But instead of teaching young people to convert others to their religion, to be “bold in their faith,” and to “share their faith,” perhaps we should teach them how to listen, how to engage the world without assuming we have “the Truth,” how to have faith shared with them from someone else for once, and how to live life faithfully—having enough faith to trust that the gospel will survive without us having to “defend” it. In other words, try teaching a series on modesty… you can even call it, “modest is hottest.” Admit it, it’s a good title.
Posted by wellis68 at 12/14/2016 03:17:00 PM