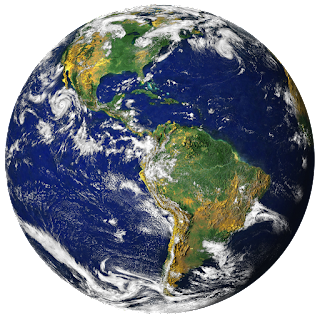 As I was clicking through Facebook this morning, I found myself reading an article about people who believe that the earth is flat... yes, like some did before Galileo. I can hardly believe that I read the whole article, but I couldn't help but find it fascinating. Maybe it's because of my involvement with Science for Youth Ministry, or maybe it's just because I'm fascinated by our culture's dismissive suspicion of academic scholarship and professional research.

As outlandish and (even) kooky as it might sound to most of us that there are still people who think the earth is flat, the bold skepticism that's representative of these people's view is pervasive. I think that the epistemic principles which allow for this kind of bold skepticism are the product of ubiquitous instant access to vast amounts of information via the internet. In other words, this is what happens when people can skip a rock across more information than they possibly have time (or tools) to dive into. "I read it on Wikipedia" is the mantra of a new class of "intellectuals." It seems that among some people, "I saw it on YouTube" is, apparently, seldom less credible than "I studied it at Stanford." When "knowledge" comes so easy, it becomes easier for people to dismiss those who have actually worked for the knowledge they have. I can afford to doubt Neil Armstrong because I can find alternative theories on Google. This is what I call the conflation of epistemic authority--the scholar, the researcher, the professor is now just one voice among the millions of voices I can pull up on my smart phone.

I've noticed that this is true in the church as well. The Pastor may have an M.Div. or even a doctorate, having devoted her entire life to the study of theology and biblical interpretation, but congregations are often reluctant to grant any interpretive authority to their Pastors.

Don't get me wrong. I know the spiritual authority that comes from being positioned behind a pulpit. I know that Pastors have power and I know the dangers of downplaying or denying that power. But there are always those who, having read the Left Behind series or heard a sermon from Francis Chan, are readily defensive toward their Pastor instead of open to hearing their Pastor's studied perspective. If you're a Pastor, I bet you know what I am talking about. Now, this is not all unhealthy. People should be empowered to challenge the claims of their Pastors. The church needs this. But we can't lose perspective on the difference between Wikipedia knowledge and hard earned researched knowledge. Debate is important, but we must be selective in regards to the sources we employ for our debates.

With all the information out there, who can we trust? In our confusion over epistemic authority, flashiness and, above all, simplicity have become king. Hard earned knowledge is no less authoritative than blogs, so let's trust whatever sounds the truthiest (a term coined by Stephen Colbert). This is, perhaps an explanation for why someone like Donald Trump could possibly be receiving any serious political hearing from the American public. How else can we explain the popularity of someone who makes absurd and untrue claims with such regularity?

Some will accuse me of being an elitist. Perhaps I am, to some degree. But I am not saying that researchers are always right in their conclusions. And I am not saying you have to have a Ph.D. to be able to argue with someone who has a Ph.D. What I am saying is that we have a crisis of authority on our hands and one of its symptoms is a pervasive distrust toward academic scholarship. However we decide to move forward, we should address this crisis. The world is complex, we need complex answers.
Posted by wellis68 at 8/12/2016 09:22:00 AM