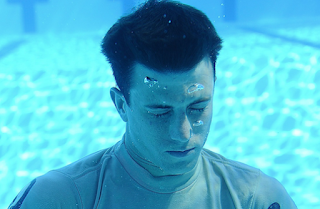 "What oxygen is for the lungs, such is hope for the meaning of human life." These words are the first words of what has become a classic in Christian eschatology: Emil Brunner's Eternal Hope. And if his words are true, I cannot remember any time in my life when the air seemed so thin in the United States. We are haunted by distrust in our political system, even a sense of betrayal, as corruption threatens us from both the right and the left. We are still grieving the deaths of so many young people in Orlando, rooted in homophobia, hate, and discrimination. We wake up to the horrendous news of white police officers brutally murdering young black men and news of the violent and retaliatory murders of police in Dallas. Let us not even mention the wars (and rumors of wars) taking place all over the globe, in all of which we must claim complicity.

These are hopeless times.

We have time and again struggled in vain to restore our trust in progress but it has become harder than ever, impossible even, to believe that the kind of change we need will come naturally through development. In a world that needs hope, we cannot breathe.

But this is just a time we need to be reminded that Christian hope is not something to which we must ascend, pressing through beyond hopelessness, but something that descends to us, in the midst of hopelessness, inviting us to pray for that which we cannot reasonably expect from progress. Christian hope knows that the air is thin but hopes nonetheless. We are invited to hope, even still; not with eyes closed to the darkness of the present, but with eyes open, tearfully lamenting the godforsakenness of our situation and grieving senseless loss of life through the logic of violence. Even in this death, the crucified God--God with us--descends to us. As Brunner reminds us, "...belief in progress as hope resting upon self-confidence is the opposite of the Christian hope, which is hope founded upon trust in God." (Eternal Hope, p. 10.)

"...The Son of Man will come at an hour when you do not expect him" (Matthew 24:44). Our hope is beyond expectation. "Belief in progress, hope in a better future, was an illegitimate child of Christianity," writes Brunner... "Humanity has a future because it awaits the coming of the kingdom of God in the future of its coming Lord" (p. 25).

So in a world held hostage by the logic of violence and death, when we pray for peace and reconciliation, we are praying for something absurd. But with the hope that meets us in hopelessness, let us pray nonetheless for what we cannot reasonably expect. Let us pray, even in this thin air, "come Lord Jesus, come."
Posted by wellis68 at 7/08/2016 09:58:00 AM