Genesis 2 and the Transgendered Human

The Biblical world, if it is possible to make so broad a generalization (and it really isn't), was a world of patriarchal hegemony [1]. The text consistently reflects a preferential option for maleness and masculinity over femaleness and femininity. It also assumes a gender binary. Throughout subsequent history and into the context of 21st century Western society, the texts of scripture have been instrumental in perpetuating such hegemony and the marginalization of women. The dogmatic masculinization of divinity, the demonization of women as the catalyst for the “fall of man,” the exclusion of women from church leadership, the shaming of women though the imposition and over-sexualization of the “ideal” female form, the hierarchical appointment of men over women in familial structures, and indeed the essentialization and binarism of gender and “gender roles” which contributes to many of the aforementioned issues in society—all these, and many more, have not only been supported by certain interpretations of scripture but are indeed products of many dominant interpretations throughout history, many (if not all) of which are quite alive in our current context.

This clearly raises the important question: should we still be reading this collection of books? Why are we still reading the bible at all if it has been used to inflict such pain and oppression? I do not wish to resolve this question here. It is a question we must consider not only ethically but theologically. We must discern God’s presence and action in and around a text that has been weaponized against the very people that, according to the same source, God created in God’s image [2].  Here, without resolving the lager question, I will assert that although the bible has been weaponized as it has, we are not without resources, within the text itself, to correct the oppressively hegemonic hermeneutic with which the text has so often been read. I will examine just one such resource, the creation of “Adam and Eve” in Genesis 2:18-25, as an example. 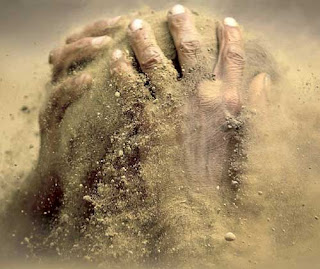 By the time we reach Genesis 2:18, God has created the world and planted a garden in Eden. God has created a human being and placed this person in the Garden to till the soil and tend the garden. It is in verse 18 that God resolves to create another human being. God decides that this person should not be alone, it is “not good” for this person to be alone. The NRSV translation puts it this way: “It is not good that the man should be alone; I will make him a helper as his partner.” It is important to note that in this passage and throughout the preceding passages of Genesis 2, this human being has been addressed in masculine terms—“…the Lord God formed man from the dust of the ground” (v7), “The Lord God took the man and put him in the garden…” (v15), “And the Lord God commanded the man” (v16), “It is not good that the man should be alone…” (v18). We must recognize that as a deliberate, yet somewhat subjective, translation decision. The Hebrew term being translated as “man” to this point, in all these instances, is not the more straightforward Hebrew word אִישׁ (eesh), but the more ambiguous הָֽאָדָ֑ם (adam, from which the classic idea that this human being’s name is Adam. The fact is, Adam is not so much a name, like Eve, in this part of scripture as a simple classification of species—human). While the translators of the NRSV are clear in their decision to use the term אָדָם (adam) as a sex or gender, there is evidence in the text itself to show that it was not originally intended to be used this way. The term  אִישׁ (eesh) for "man", within the text itself, is used differently and only after the creation of the woman. What we have is not a “man” but an אָדָם, an undifferentiated human being made from the earth. Indeed, sex and gender are not yet explicitly part of human identity.

Because translators have traditionally chosen to use “man” for אָדָם, the logical interpretation of the following passages is that the woman was created “second.” As Susan Niditch writes, “Jewish and Christian traditions postdating the Hebrew Bible and a long history of Western scholarship have viewed woman’s creation in Genesis 2 as secondary and derivative—evidence of her lower status” [3]. Much has been made of this throughout history and the argument could be made that there has been no more influential text for the perpetuation of a relational hierarchy of male over female in society. But with a careful look, it appears that the text is not nearly as explicit here as we have made it and, in fact, we have resources in the text itself to correct this assumption.

The first place we actually find a word which differentiates sexes or implies gender bifurcation is after God creates “the woman.” If אָדָם (adam) simply means “human,” the first mention of maleness comes after the creation of the woman, in verse 23. It is important to note that when first the word for “man” is ever used in the text, the word “woman” precedes it—“…the rib that the Lord God had taken from [the human] he made into a woman…” (v22). The word for “woman” here is אִשָּׁה (eeshah). אִישׁ (eesh), for “man,” is only used a verse later. The woman is not some “new” creature, formed from the ground all over again. The woman is made from the side (not the foot) of the human being. In a sense, it is from the same human being that both male and female emerge, “this at last is bone of my bones and flesh of my flesh” (v23). This means that not only is there no argument here for the subordination of women but there is also no argument for binary essentialism. The human being is human, fully human, given life by the spirit of God and, by implication, loved by God (this is why God recognizes the need for a “helper” in the first place) before the bifurcation of the sexes [4]. Indeed, the first human being is, in a very important sense, transgendered or, more precisely, non-gendered.

What we have in Genesis 2 is not, under careful scrutiny, a patriarchal subjugation of the woman under a man. Nor is it an imposition of a gender essentialism. What we have instead is a clear mutuality and reciprocity within the human being, echoing (or imaging) the reciprocity and mutuality of God and the reflexivity of gender and sexuality in humankind, even in the event of differentiation so that the human will not be alone. If this informed our hermeneutic from the very start, we would have actually been hard pressed to make such strong binarist and androcentric claims as have been made in the classical interpretations of this text.

This does not free us of all tension. There are still problematic passages here and throughout scripture. But what this example may suggest to us is that when apply the right hermeneutic, the text itself becomes a corrective for unjust and oppressive interpretations. While we will still have problems (interpretation is always complicated). We may even hope trade the problem of rogue feminist passages challenging an androcentric totalizing discourse, for the alternative problem of androcentric human writers complicating our apprehension of a just and ethically symmetrical divine Word of promise.


[1] See Michael Coogan, “He Will Rule Over You,” in God & Sex: What the Bible Really Says (New York: Twelve, 2010), 19-60.
[2] This is a reference to Genesis 1:27 where, as Susan Niditch helpfully points out, “the male aspect and the female aspect implicitly are part of the first human and a reflection of the Creator.” Niditch, “Genesis,” in Carol A. Newsom, Sharon H. Ringe, and Jacqueline E. Lapsley, eds. Women’s Bible Commentary: Twentieth-Anniversary Edition, Third Edition (Louisville: Westminster John Knox Press, 2012), 30.
[3] Ibid.
[4] Indeed, before the creation of conditions possible for the existence of gender. Gender, as a social construction, cannot exist prior to the existence of social address.
Posted by wellis68 at 10/12/2015 09:54:00 AM