There is No Design 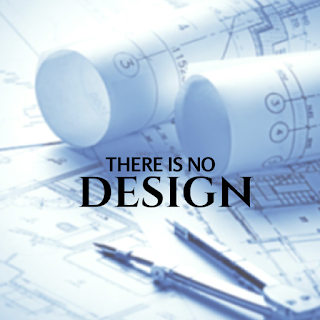 Today, the US Supreme Court made a decision to affirm what has always been true--that there is no crime in being gay. For me, this has been a day of celebration. For most of my friends on Facebook, either by virtue of the changing of the tide in the United States or by virtue of my more conservative friends "un-friending" me, this has been a day to proclaim support and express relief. But there is another side of the tracks of this occasion, to put it one way. There are those who are not celebrating, not feeling relief, not proclaiming support. There are those who are filled with fear, distress, and contempt. And this is a time when Christians, particularly those of a more fundamentalist or biblicist persuasion, begin their strange and paradoxical language of "love the sinner, hate the sin" and "I love gay people but I cannot support gay marriage." The rationale is historically complex and multi-layered (even if the claim is that it's one-dimensionally "biblical"), but one part that seems to consistently expose itself is the rationale of "design." "It is against God's design for marriage," they might say. This is the theological way of saying "it's unnatural." "Homosexuality is not God's design."

People talk about a "biblical design" but the fact is, the concept of "design" is theologically alien to the doctrine of creation. The metric of "design" is not indigenous to the Christian doctrine of creation or of the Imago Dei. God's creation of humankind is not just about drawing up plans and putting pieces together. It is about God's breathing life into dust, in loving creativity and ultimately in freedom. The doctrine of creation is about God's turning toward creation, the Imago Dei is about God's friendship with humanity. This precludes the mechanistic notion of "design." There is no "design" which determines or limits God's orientation toward humanity. God did not create a design, God created people... people are the "design"--male female, slave or free, Jew or Muslim, gay or straight, gender conforming or non-gender conforming--and God loves people. God's relation to humanity is primal, and God's relation to humanity is summed up in the phrase, "we are all one in Christ" (Gal. 3:28). This relationship does not follow a pattern like a design, for what is centralized is not an order of the relationship but the characters in it. And as it turns out, some of the characters happen to be gay. What's at stake here, which distinguishes this from conversations about morality, is the characters themselves, not simply their conduct.

A couple of days ago I heard Will Willimon (in the spirit of Karl Barth) say, "we don't have to devise means of turning toward God because God has turned toward us." This is the first move in all creation. Therefore, what makes us human is not a design to which we must conform, whether it be sexuality or even rationality (or notions of maturity). As John Swinton writes, "There is a necessary degree of uncertainty, openness and mystery inherent in all human understandings of God and humanity, which makes definitive propositions and comprehensive systems impossible" (From Bedlam to Shalom, 17). What makes us human is God's grace toward us in all our inadequacy. This grace is expressed in love. As Swinton puts it, "a person's humanity is defined and maintained by God's gracious movement towards them in love" (31). Humanity comes first because love comes first... whatever "designs" there are can only come second. Thus as the sabbath is for people not people for the sabbath (Mark 2:27), so is marriage for people not people for marriage. The characters precede the plot. If the characters are gay then marriage is for them. Dispense with notions of preceding design.
Posted by wellis68 at 6/26/2015 08:34:00 PM

So much yes. Thank you for writing this Wes.