I Don't Care If Kids Are Being Good 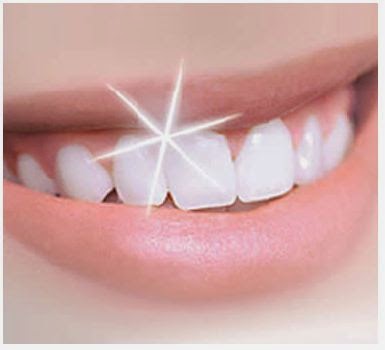 Part of what has made me an oddball in some youth ministry circles is that, in general, I'm not interested in how young people behave. Success stories about young people who do better in life because of their faith have never been all that compelling to me. But youth ministry, at least in some circles, has been pretty preoccupied with behaviors. We want kids to read their bibles, pray, get good grades, stay away from drugs, brush their teeth, and wear deodorant (and that last one's no joke...). We celebrate those kids who conform to such behaviors as the successes of youth ministry. Of course, few of us would admit to this. We all posture and struggle to articulate some deeper spiritual goal for our ministries, but time and again, the kids who get toted to the front of the church as representatives of Christian maturity are those kids who do good things and don't do bad things. Youth ministry is about "formation" (of a particular sort) and education, but is it really ministry if it's just about behavior?

Many would say that our preoccupation with behavior has actually paid off. Even those who are after something more than behavior will cite research to admit that youth ministry has been successful in developing better behaved young people. My friend Marcus Hong recently pointed out a quote to me from Kenda Creasy Dean's book, Almost Christian. She writes,


On the whole, teenagers who say religion is important to them are doing "much better in life" than less religious teenagers, by a number of measures. While religious youth do not avoid problem behaviors and relationships, those who participate in religious communities are more likely to do well in school, have positive relationships with their families, have a positive outlook on life, wear their seatbelts--the list goes on, enumerating an array of outcomes that parents pray for. (20).

Kenda is certainly less interested in these behaviors than she is in vibrant faith which can actually be disruptive of social norms. She's quick to point out that Jesus' act of turning over the tables in the temple would not likely have been described as "religious maturity" by researchers (20). But, even if she's not compelled by such things, she cites the research as though it reveals that youth ministry has worked to foster good behavior among young people. But I am suspicious. Perhaps it's not that youth ministry has worked to create good behavior, but that it has worked for those young people who conform to such behaviors anyway and thus has decidedly not worked for those young people who do not bear the qualities which correspond to "doing 'much better in life.'" Perhaps it's not that kids do better because they go to church, but that kids who do better are the only ones who have a place at church.

The reason I'm not motivated by behavioral success stories, even if they include good spiritual practices, is because what does motivate me (or, at least, what I hope motivates me) is God's action in people's lives, people's experiences of that action, and our participation in it--which is what we call "ministry." And I am convinced that God's action is real and, therefore, ministry must be real in the lives of people regardless of their behaviors. I am convinced that God is active in the life of the young person who isn't reading their bible and wearing their seatbelt. And since I am motivated by ministry, why would I tote anyone else as the success of youth ministry? The success of youth ministry, if we're going to measure it, should be in the number of young people who do not conform to the standards of "Christian maturity" and are yet given a space to see and to experience God's action in their lives. Behaviors, I trust, will follow, but they are certainly less interesting than the ministry which precedes them. We should be ashamed by the fact that there are, apparently, so many young people "not doing so well" who are counted among the outsiders.

So go ahead and share your stories of kids who are really good. I'll continue to be interested in God's action in the lives of kids, even (if not especially) in the lives of those kids who have not been celebrated by their Youth Pastors.
Posted by wellis68 at 1/23/2015 09:39:00 AM