I've been toying with how we can and should think about the future in theology and ministry for a while now. I've vacillated between speaking of the future as having "ontological priority" over the present and giving the present its own dignity by reserving from it any normative subordination to the future. I am trying to somehow strike a balance not by weakening the claim on either side but by saying both of these things strongly. I think that incarnation is the key to unlocking the dignity of the present under the ontological priority of the future. Here's me trying it on: 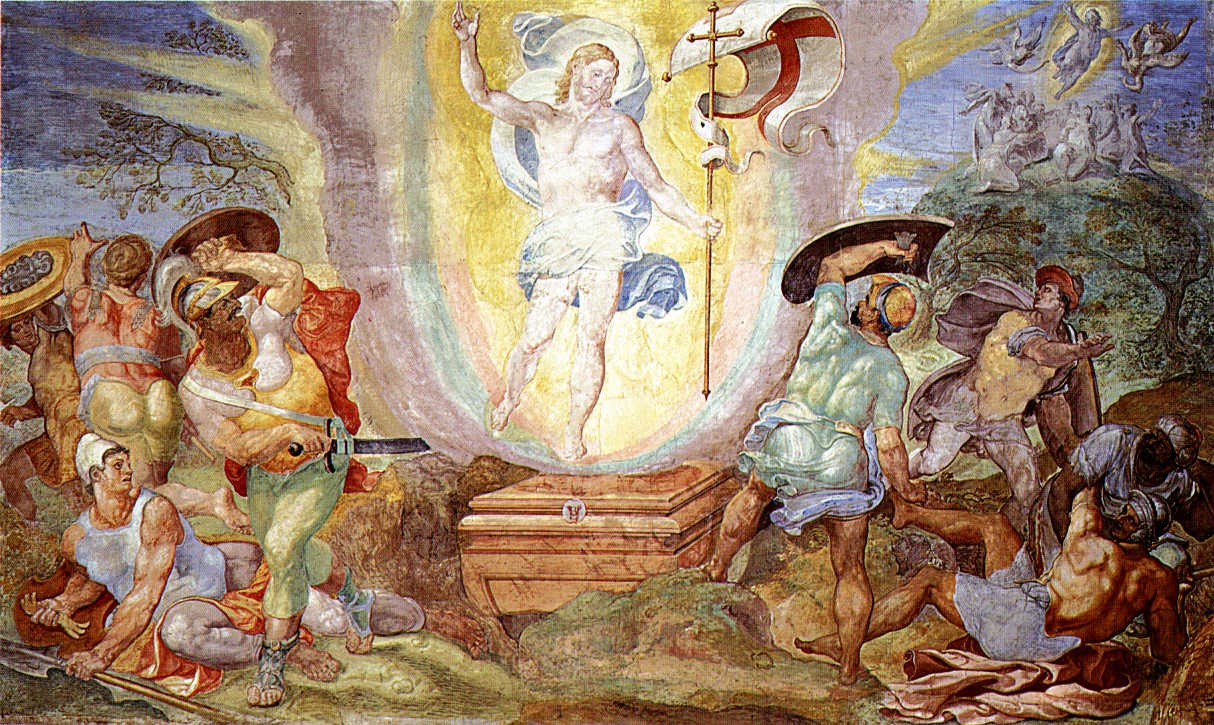 Since God's revelation of Godself always corresponds ontologically to God--since, as Ray S. Anderson says, "God's act of reconciliation is simultaneously God's Word of Revelation"--whatever new action or experience was taken into the life and being of God in Jesus Christ was true of God already according to the word of promise. Whatever new action or experience is taken into the life and being of God in the future is only new according to epistemology. Ontologically, however, the new corresponds wholly to God as God's very being and has always been descriptive of God. Whatever will be true in the future is true in the present according to promise. It is in this way that the future has ontological priority over the present. If God is revealed in history, then God is revealed in the transcendence of the future over the immanence of the present. If God is revealed in history, in the history of Jesus Christ, then the full disclosure of God is ultimately provisional as long as the present is open to the possibilities of the present. As long as the future is undisclosed, the revelation of God includes the hiddenness of God and a hope which relies on promise. As Andrew Zirschky just said, moments ago at the youth ministry conference from which I'm writing this post, "While the doctrine of Revelation is about the knowledge of God, it is also about the hiddenness of God."

Jesus Christ, therefore, as "...the image of the invisible God..." in whom "...all the fullness of God was pleased to dwell" (Col 1:15-19) is truly "the first fruits" (1 Corinthians 15:20) of the new thing that God is doing and will do in the world. He is God and therefore brings the future into the present in body and in spirit. He is the ultimate word of promise through whom we receive birth into a "living hope" (1 Peter 1:3). The Revelation of God in Jesus is without provision or reservation, but it is a revelation which has not only come but is coming. In Jesus' coming, in his death and resurrection (do not miss that this includes death!), the hiddenness of God is revealed. In Jesus, hiddenness is not resolved, but it is revealed. He comes to us as a promise, the disclosure of that yet-to-be-disclosed future.  Jürgen Moltmann wrote, "...it is proclaimed that [Jesus] is himself the resurrection and the life and that consequently believers find their future in him and not merely like him. Hence they wait for their future by waiting for his future" (Theology of Hope, 83). There is no future of God or for Christians but the future of Jesus Christ, there is not a future which does not correspond to the future of the crucified man from Nazareth. So now, the revelation of God is hope. We are liberated by hope to reject those things which do not correspond to the future of the crucified Jesus. War, famine, racism, sexism, discrimination, hunger, tyranny, dominance, poverty, death--we cannot hope for a future with these things. The expectation of these constitutes the sin of despair. The Revelation of God in Jesus Christ is the future of promised in resurrection.

To say "Jesus Christ" is to speak of transcendence in particularity (the "scandal of particularity"!). A universal promise is made in the life, death, and resurrection of one particular human being. This is, therefore, a promise not just for a cosmic ideal, but for the very ground on which the feet of Jesus walk, the very ground on which the cross of Christ stands. Therefore, hope if not exclusively about potential. When we orient our focus toward the potential which the present has to extend itself into the cosmic ideal of the future, we strip the present of its dignity. Not our true present, but only that present which can be developed into the future has value, and therefore the crucified are damned to their crosses. The revelation of God in Jesus Christ extends a different relationship of the future to the present. As Moltmann writes,“[Faith] sees in the resurrection of Christ not the eternity of heaven, but the future of the very earth on which his cross stands. It sees in him the future of the very humanity for which he died. That is why it finds the cross the hope of the earth" (Theology of Hope, 21). And as he says elsewhere, "Hope accepts the 'cross of the the present' in the 'power of the resurrection.' It takes upon itself the real unredeemed state of the present as it is, the torture and the pain of the negative, without resignation and without illusion." (Hope for the Church, 11). The present, therefore is not ruled by the future, but embraced and accepted by it. It does not demand the development of the present into the future, but proclaims the present's true dignity as not the future of its potential, but the future of Jesus Christ who dies in the darkness of the present. The future hope, therefore, has very little to do with optimism, development, or the work ethic of those who strategize to achieve a future for the present. It has, however, to do with the redemption of the present according to the power of the Holy Spirit through the death and resurrection of Jesus Christ.
Posted by wellis68 at 11/08/2014 11:43:00 AM