Why Jüngel for Andrew Root? 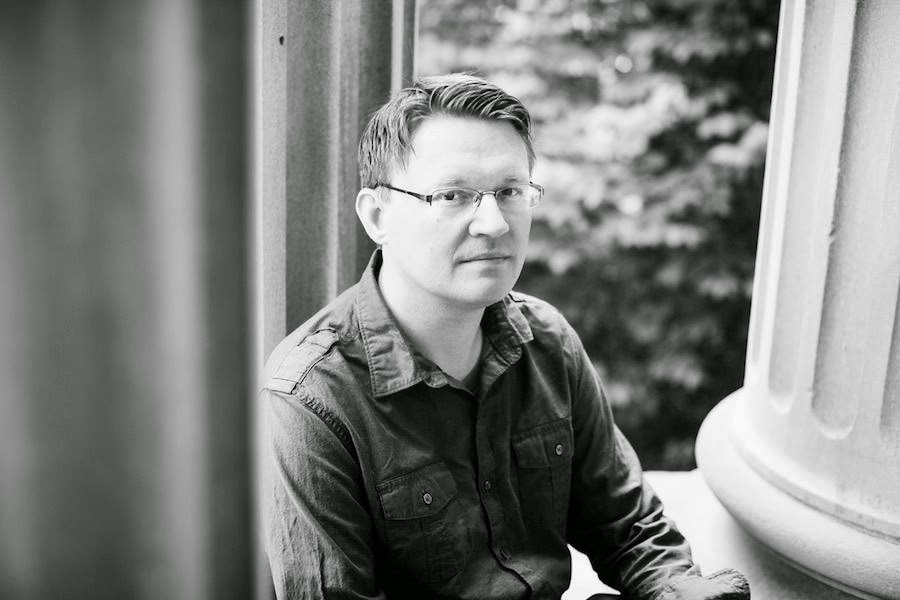 After reading Andrew Root's Christopraxis a couple of months ago and talking through it with some friends, there was a question that lingered for me. Why Eberhard Jüngel?

In the past, Root's clearest influence has been Dietrich Bonhoeffer. Of course, he displays that his theological sources are manifold in his various works, drawing off of Kiekegaard, Barth, Douglas John Hall, Kathryn Tanner, Ray Anderson, and even Moltmann with consistency (not to mention the folks to whom he looks in his interdisciplinary turns; such as Christian Smith, Jeremy Rifkin, Martin Buber, and others). But in his book Christopraxis, something of a foundation defining work for Root (if not a field-defining work for everyone who does practical theology like he does), Root introduces in full force what most readers will see as a new conversation partner. Before Christopraxis, unless I'm missing something, Root only used Jüngel in one section of one chapter in The Theological Turn in Youth Ministry, and only a few times in the later chapters of The Promise of Despair. With all these other more familiar conversation partners, why turn to Jüngel? Why, especially, turn to someone so extremely technical? After reading Christopraxis I went and read Jüngel's God as Mystery of the World and I'll just say, it was no easy read (I read God's Being is in Becoming last summer and it wasn't much easier). Also, why turn to someone to whom readers of practical theology in the United States are likely oblivious? Why, when Moltmann and Bonhoeffer are sitting on the sidelines, would you start Jüngel? Was Root just flexing his theological muscles or was this choice more intentional?

Without getting too technical with Jüngel's theology, I wanna offer a perspective on why it was not only rational for Root to engage Jüngel, but pretty brilliant.

In Christopraxis, more than ever before, Root situates himself in the broad spectrum of practical theological reflection. While in previous works, Root has had one clear opponent (whether it be "influence" in Revisiting Relational Youth Ministry or "Individualism" in The Relational Pastor) against which he clarifies his position. But in Christopraxis he positions himself between two extremes (and, as always, it's for the reader to decide on the validity of the cosmology). Where by positioning himself against influence in Revisiting, Root may have lead people to criticize him for being of the opposite extreme, in Christopraxis he makes sure the reader won't make that mistake. Positioning himself in a "critical realist" perspective, Root rejects both "upward" and "downward" conflations of reality. Neither reducing everything into epistemology (i.e. the "epistemic fallacy," 194-197), nor negating the epistemological into the ontological (perhaps by speaking of reality only from the "divine side" as Root seems to think Andrew Purves does, 75-83). For Root, practical theology is about divine and human encounter. It favors ontology, the real, over epistemology, but does so with clear attention to human experience (particularly, human experience of divine action). As Root writes, "...practical theology should reflect deeply on human action, but it should do so as ministry, exploring empirically the shape of human ministry as encounter with distinct human subjects that witness to participation through action in the divine being itself" (170). Human experience is thus, in a sense, the text to be exegeted, but only within a framework in which "reality [or ontology] always overspills our epistemological conceptions" (192). Or to put it another way, "critical realism heightens the importance of practical experience and yet does so by opening avenues for practical experience to actually be true experiences of divine encounter" (221). To put it simply, Root never wants to confuse human action with divine action or God's freedom with human freedom. Mobalized by the theology of the cross, which positions God's being squarely within human experience but also confesses the impossibility of human action, Root is able to do what practical theology has had a hard time doing--namely, attending both to "time and eternity" or divine action and human action in proper relation. Thus, his practical theological method is defined neither by the narrow application of doctrine, nor by the mechanical focus on human practices, but by attendance to divine and human encounter.

Again, we can see the insistance upon the importance of concrete lived experience (i.e. his rejection of the "theology" turn, or applied doctrine), but also insistence upon the centrality of divine action (i.e. his rejection of youth ministry as "technology"). And we see this throughout his work (one could say that he saw both the turn to "theology" and the "technological" in the influenced-based relational theology with which he took issue in Revisiting).

So, again, why Jüngel?

While Bonhoeffer is certainly the most important conversation partner in discussing the shape of the pillar of youth ministry and its theological rationale, Jüngel offers a structural framework on which the pillar can stand--one which profoundly resonates with Root's anxiety to preserve divine action and human experience in proper reference and relation. Since, as I said, Jüngel is such a hard read, I'll take my cues from John Webster (his book Eberhard Jüngel: an introduction to his theology) who says of Jüngel that "...above all he is anxious to avoid a reduction of the two-foldness of God and man to a single, self-consistent stratum" (4). While Douglas John Hall's and Moltmann's (not to mention Bonhoeffer's) theologies  of the cross are certainly (at least broadly) consistent with Root's, the anxiety of preserving divine and human identity is perhaps less explicit. Moltmann, for example, certainly with Theology of Hope and The Crucified God representing two sides of the same coin, resonates with Jüngel's motif of "the unity of life and death in favour of life" (see 71). But rarely is this underlying anxiety to "...elude any polarisation of divine and human freedom" (63) so explicit and technically constructed as it is throughout Jüngel's corpus. Webster writes of Jüngel's anthropology, "properly to distinguish between God and man is to affirm that they constitute irreducible duality in which neither is to be absorbed into the other" (93). It is from this vantage point, this theological commitment, that both Andrew Root and Eberhard Jüngel launch their theological projects. And it is this commitment to maintain the importance of human action without conflating it with the divine (and vice versa) that defines and pervades Jüngel's theology of the cross more explicitly than perhaps anyone else. "He puts down a challenge..." one which Root takes up, "to demonstrate on the basis of a theology of grace that human agency is interesting and important" (129). This makes him not only a logical but a brilliant conversation partner for Andrew Root. Employing Jüngel, Root avoids both of the extremes between which he wishes to situate himself, allowing him to remain biblical without being biblicist, personal without being impositional, and theological without being "doctrinal."
Posted by wellis68 at 8/16/2014 11:05:00 AM