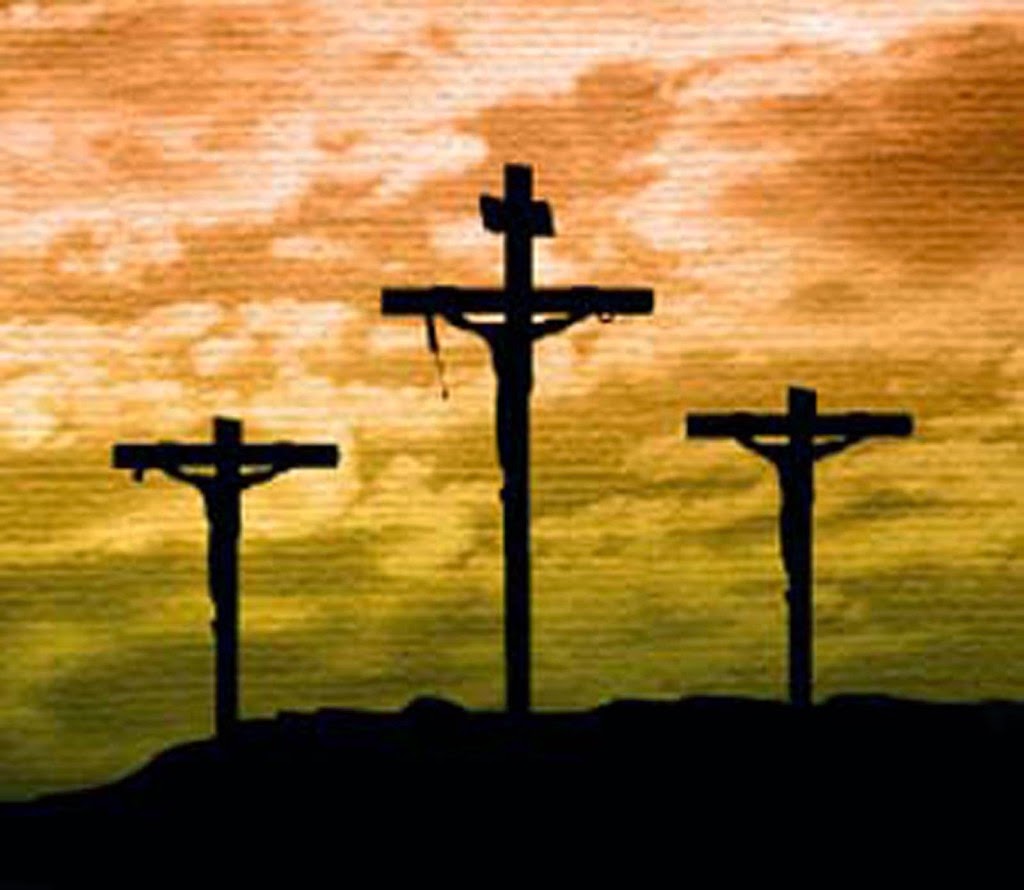 The church is marked not by its piety, not by its faithful confession, not even by it's glorious mission from God... the church is marked by it's communion with Christ, it's acceptance from God in its darkest moment, and thus, the church is marked by the scars of crucifixion. Karl Barth, in his Good Friday sermon before the Lord's Supper in 1957, clarified this distinction by pointing to the two criminals with whom Jesus was crucified. "Don't be surprised," he said, "if I tell you that this was the first Christian fellowship, the first certain, indissoluble and indestructible Christian community" (77) Unlike the disciples--who indeed constituted something of a latent and provisional Christian community but could not help themselves from fleeing the scene of Jesus' most profoundly incarnational activity--"in this hour they could not abandon him. ...He and they, they and he were bound together, were not and are not able to be separated in all eternity" (77-78). Indeed, for Barth, "it would perhaps be more appropriate not to represent Jesus' death at all..." than to represent it excluding the two criminals who died with him (76). The first Christian fellowship was not composed of a faithful but foolish band of tenacious followers as much as it was of the unfaithful criminals who could not by any work get themselves off of their crosses. This is the mark of Christian fellowship, the unity of the church: that Jesus shares their company when they are not close but furthest from God, furthest from salvation, and with his presence "[blinds] with light the solitude that death has made" (from "Four Plays For Dancers" by W.B. Yeats). Christ joining us, us being joined with Christ, in a broken body and poured blood--this is the church, before we even have a chance to respond. The church's fundamental character is Eucharistic.

Does it matter if one criminal does not confess that which the other criminal does? Does this difference exclude one of them from communion? Not according to Barth. "...the difference is not important enough to invalidate the promise given so clearly, indeed without distinction" (81) And indeed the table is set, even for the one who cannot confess the confession of faith.


"'My body which is broken for you! My blood which is shed for you!' These are Jesus' words at the Last Supper... The two thieves witness this breaking and shedding.... He who has overcome death, the King of Life, was the poor suffering servant whose dying gasp mingled with theirs....the promise is given only to crucified criminals, who are utterly compromised before God and before men...And mark this: precisely these, and these only, are worthy to go to the Lord's Supper... We are such people, all of us..." (81-83).

On the cross of Christ, Jesus joins us in our death. It is not those who believe, those who have faith, those who are obedient, who find themselves in God's presence so much as it is those who are lost, alienated, and crucified. We are such people, all of us. When we cannot even conjure the faith to hope, Jesus utters the words of our souls, "My God, my God... why have you forsaken me?" And so in Jesus, we find our companion... this Jesus who has resurrection as his future... and he bring us with him for we are bound to him by his love and grace.
Posted by wellis68 at 4/18/2014 03:14:00 PM