Telling The Story: A Review of Noah (the movie)

I've heard there've been some negative reactions to the Noah movie. A couple of nights ago, my wife and I got out to the movies for the first time since Henry was born (that's a whole 5 months now). In deciding what to see, we watched the trailer to Noah and it had us. We both like Russel Crowe, we both like the Bible... what more could you want? 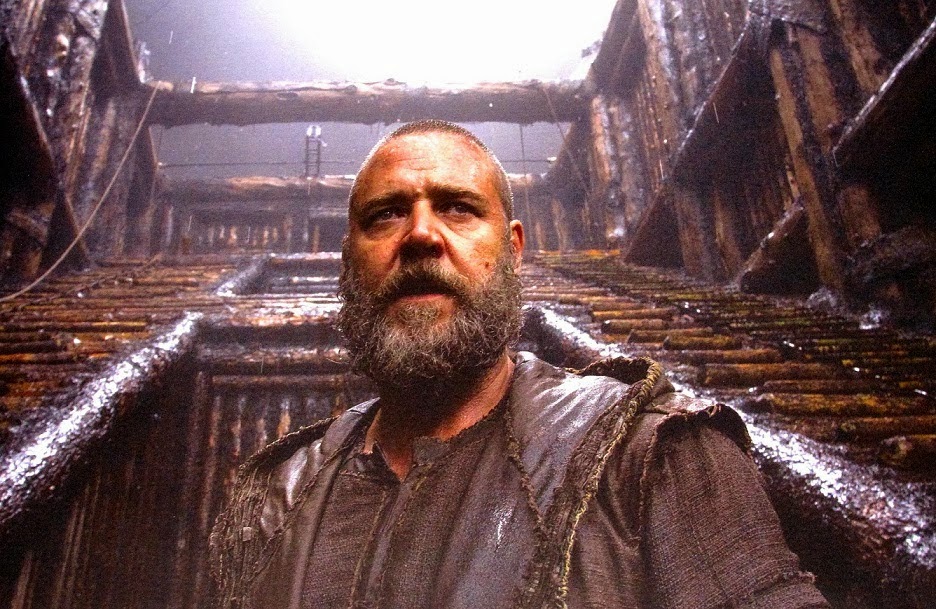 Now, after having seen it, I don't really understand why people didn't like it (I think Ken Ham, the Answers in Genesis guy, wins the award for hating it the most... and for most comical reaction). Sure, if you were looking for an exact retelling of the Biblical account from Genesis, you might have been surprised... but that would have made for a shorter, much less interesting film. Instead of following some rigid predetermined structure, Darren Aronofsky decided to tell the story without simply telling the story. He brought out themes... very human themes... very biblical themes, which you might not have gotten from a simple retelling. In the biblical narrative, we're left to fill in the blanks on a lot of things. How did Noah really hear from God? What was Noah's attitude toward creation, toward his fellow human beings? What was it like, emotionally, for Noah to receive this calling from God? What was it like, emotionally, for God? We're told that Noah was righteous, but did he see himself that way? What made him righteous, exactly? What was the real difference between Noah and everyone else on the planet? Was he just stoically obedient, or did he go through doubt and struggle? Was God's command always clear? Aronofsky seems to have just taken the invitation to creatively fill in the blanks. And he did so... quite creatively.

Aronofsky has given us a very human, very dynamic Noah. In the biblical account, all we really get about Noah is, "he did all that God commanded him." God says something, Noah does it. He's not a dynamic Character. We get no sense of his own internal struggle. We don't really get to see him as a person. Aronofsky takes the liberty of speculation and gives us a Noah who does indeed do all that God commands, but does so with real questions, conflict, and struggles. It's difficult for him and we get to see, through the eyes of his children and his wife, how difficult it is for him to move forward with such a radical command, to anticipate and to watch the destruction of everything he knew.  In doing this, Aronofsky brings us as persons into the story on a level at which we've never necessarily been able to enter it before. We are invited to experience the story in a way that's simply not represented in our traditional, Sunday School retellings, with the cute songs and pretty rainbows. And in this sense, I think Aronofsky's telling is quite biblical. We are invited, by the Bible itself,  to engage the text of scripture not just intellectually or in rigidly literalistic terms, but as God's living word to be written on the heart. He doesn't just go word for word through scripture, but he invites us to engage the story with our heads and our hearts.

To get a clearer explanation of some of the themes which come up in the movie, you should read Aronofsky's own explanation, but there were definitely clear themes of justice & mercy and sin & repentance. Throughout the film, a tension is created between the values of justice and mercy. The question of human righteousness lives in this tension. If justice prescribes annihilation, what then should we do with mercy? In this, I think Aronofsky actually tapped into some of the ambiguity of the text itself. It took a careful reading of the text, I think, to bring out some of the ambiguity he did. For example, through his various embellishments (and I don't mean that derogatorily) he raised the interesting question, was God originally planning on saving humankind at all, or was God originally intending to save creation from humankind? There is enough ambiguity in the text, if you read it carefully, to make room for this question. And whether or not you agree that it is a good exegetical question, it is a good theological question. That is to say, its theological implications are certainly important for the story. And again, whereas in the story in scripture, we don't have a very dynamic Noah and we don't have an explicitly emotional God, Aronofsky, through employing a dynamic and conflicted human character, allows us to see an implicit reflection of the emotions implicit in God in the biblical story. God is struggling with the question of justice and mercy. God is wrestling with the pain of destroying the creation which God created in God's own image, which God saw as very good. Will the story end in the undoing of creation (symbolized in the waters of heaven and earth merging, wherein at creation they were separated) or will God interrupt the justice with mercy and bring true righteousness to bear upon the earth? This is the question of the text, as I read it, and this is the question of the film, beautifully illumined through elaboration and embellishment (again, in a good way) by Aronofsky. So, in this sense, I think the movie Noah is quite faithful the story of Noah.

Another theme which Aronofsky brought out, which I would expect conservative evangelicals to appreciate, is the theme of repentance and sin. The question, throughout the movie, is raised; what's the difference between Noah (and his family) and everyone else on the planet? What makes him so special? And without giving anything away, I'd say that the question was answered in Noah's realization and acknowledgement that there really isn't a difference. The same stuff that's in them is in him too. We might call this "original sin." Noah's obedience to God comes out of his realization that he is a "sinner in need of a savior," that he too deserves judgement. Everybody else's disobedience comes from their illusion that they're "special." Evangelicals should eat that stuff up!

I tend to agree with Tony Jones' assessment of the film, particularly in his naming it as a Midrash.

Midrash... to shamelessly quote Wikipedia, "...is a method of interpreting biblical stories that goes beyond simple distillation of religious, legal, or moral teachings. It fills in gaps left in the biblical narrative regarding events and personalities that are only hinted at." This is an ancient rabbinical method for biblical interpretation, used to illumine the deeper meaning hidden in the ambiguity of the biblical narrative... and that's pretty much what Aronofsky has done. It's not a new thing. Aronofsky is not the first person to take liberties with the biblical text... and I'm sure he wouldn't claim any real authority in his interpretation. That is to say, his interpretation is not, nor is it intended to be, the final authoritative reading of the text. Of course not! It's just one way, particularly his way, of reading this story.

And that is perhaps the problem that conservatives will have with the film. What it seems that conservative evangelicals expect to get from a "Biblical" film is, in some sense, an authoritative interpretation. They expect perfect (and by perfect I mean literal) synchronization with biblical material because, by their assumption, there can only be one right way to read and interpret (many of them might even reject the concept of interpretation believing that a simple reading of the text actually requires no interpretation... I don't even know how they expect that to work). And they expect the film to be made by... well, one of them. They will always maintain suspicion if someone doesn't share their confession of faith.

These expectations keep evangelicals from knowing when they have a friend... it happened with Rob Bell (I guess I should explain this further, but I probably won't) and it's happening with Aronofsky. What should be their best resource for cultural and evangelistic engagement, they've turned into an enemy. There are deeply evangelical themes and impulses in this film, but rather than using those themes as a starting point and using them to start a real conversation with the watching world, they've simply rejected the film and cut off conversation completely (seriously, read Ken Ham's review. It's hilarious). We could be affirming this movie, using it to invite people into deep theological and spiritual reflection and, even better, into serious engagement with the biblical narrative. But instead, as with so many things, we're relinquishing our ownership of the story and its spiritual depth altogether. Whatever beauty and truth people find in this movie, and I'm sure they'll find some, evangelicals are asking people not to associate it with them, with us, and that just doesn't make sense to me.
Posted by wellis68 at 4/01/2014 06:30:00 PM

Good review Wesley. May divide a whole bunch of people, but for me, I actually liked it. Probably more intrigued by it than anything else, but it's still something I think worth seeing.