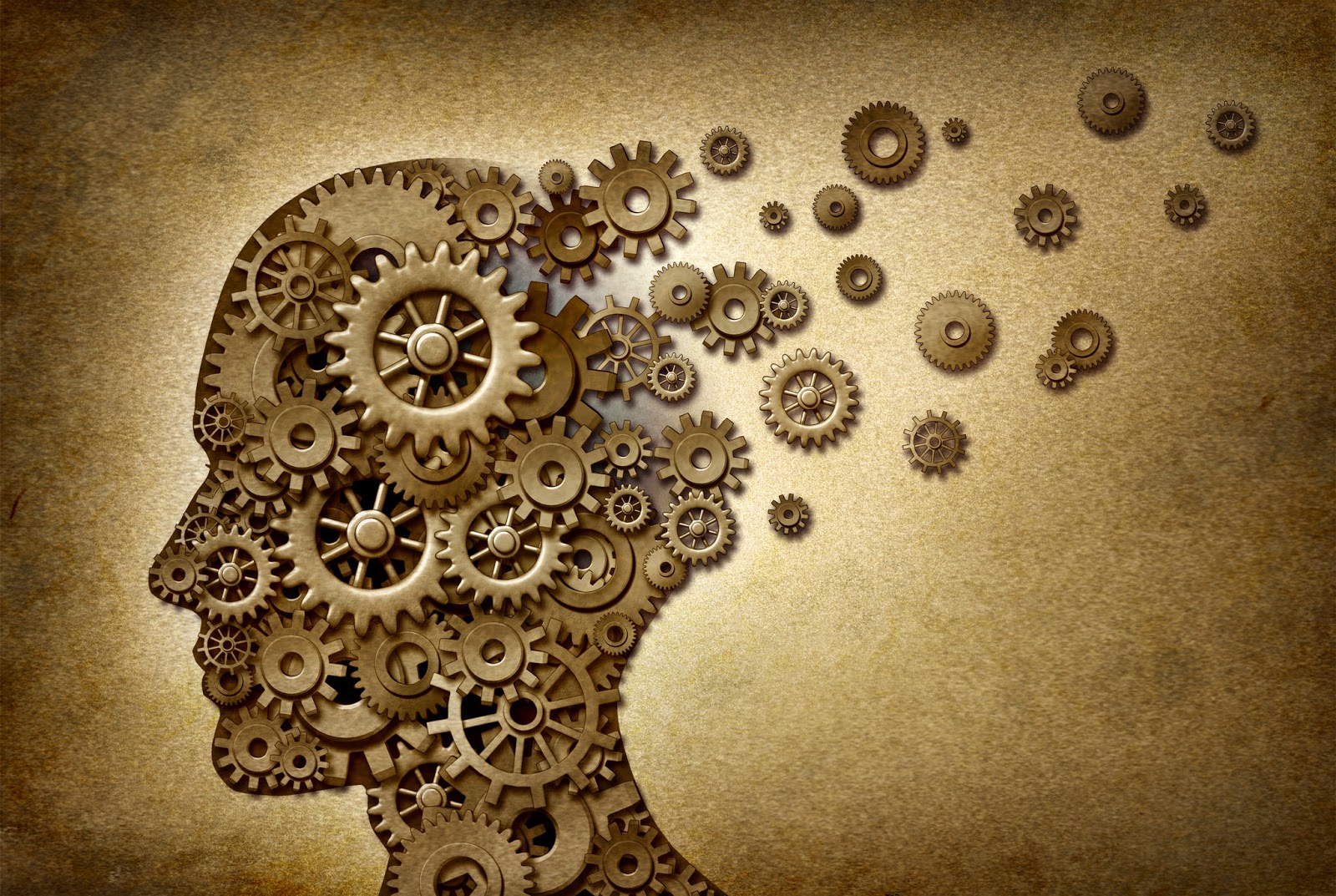 Today is about power and self preservation... but only insofar as it is not about those things.

Today is Maundy Thursday, the day of Holy Week when our lenten journey is interrupted by a family meal. Lent, in case you haven't been given the space to follow, is a season of the recognition of our shared human frailty. We follow Jesus into the wilderness, into Jerusalem, and eventually to the cross... looking along the way right into--not around--the reality of death which faces us, in which Jesus meets us on the cross. The common practice we take up, in order to face this reality with honesty and sobriety, is to "give up" something. Not everyone in the church does this. Some choose to "take up" some kind of practice instead. Some try to reflect without any specifically Lenten discipline. But whatever practice we take up or put down, we do it in order to nurture this honest reflection that we cannot do this on our own, that the destructive monster haunting the human soul which gives life to the most horrific tragedies of our experience is not alien to any one of us, and that we all desperately and utterly need God's grace and forgiveness. In this, we ontologically recognize ourselves as beggars. We beg for God's love and mercy, not as those with a right to salvation or as those for whom organization for some economic reform would bring us out of our poverty. We beg as those undeserving and those who are powerless to scape or claw our way out of our own skin.

In his memoir, Just Like Someone Without Mental Illness Only More So, Mark Vonnegut, MD., writes of his struggle with mental illness. He describes his loss of confidence "that going crazy was something that happened to other people" (xi). His description of the self-alienating experience is haunting. "All of a sudden," he writes, "I can't eat or sleep.... I'm hearing voices.... I'm not sure who I am or where I am.... Maybe I caused an earthquake... Maybe my father killed himself... Life is over" (36). In reading his description, I was gripped by the anxiety that the stuff in Vonnegut is the stuff in me, human as we are... this experience is not so far from where I am that I should consider myself immune. In fact, I cannot help but see why something similar shouldn't happen to me. I even wonder if it is happening to me. As I said, his are haunting words. His is a haunting experience. But what comes as something of a surprise is the grace that Vonnegut experiences in the midst of his struggle. "Then it turns out that I'm in a psychiatric hospital, which is not good but is better than what I thought was happening. When I was asked if I was hearing voices...it was a relief to finally be talking to someone who knew what was going on" (36).

Vonnegut writes, "The biggest gift of being unambiguously mentally ill is the time I've saved myself trying to be normal" (9).

Lent is a season of confession. That is to say, in Lent, we are free to unmask, to take off the shackles of our self-preservative impulses which seek to suppress our dysfunction. We are free to save ourselves the time we spend "trying to be normal" or healthy or righteous, and finally talk to someone who knows what is going on. The biggest gift of being unambiguously frail is the time we save ourselves trying to be powerful. And the interruption comes every Sunday and in full force on Maundy Thursday--the interruption of grace. As Paul Tillich has written, "Man does not have to deceive himself about himself, because he is accepted as he is, in the total perversion of his existence."

In the midst of this season of confession, in the midst of finally giving up on preserving our normality, giving up on trying to save ourselves and just admitting that we're dark and desperate. Jesus comes to un on his knees and serves us, washes our feet, and feeding us. Jesus breaks the bread and says, "take, eat." He takes the cup and says, "take, drink... this is for the forgiveness of sins." He says all this to us... to we who are dark and desperate. If we don't embrace this as an interruption, even a scandalous one, then I'm afraid we'll miss the point. The acceptance and the forgiveness we receive in this meal is not something we had coming. We are loved precisely where we do not deserve love. What could be more disarming? All the radical hospitality that has been played out in Jesus' ministry to lepers and tax collectors and prostitutes is localized here in this meal... here in Judas...

Judas, the one who is in the middle of betraying Jesus and sending him to his execution, is accepted at the table too... in his utter faithlessness... "in the total perversion of his existence." When we look to the table and see Judas, we should see ourselves--served God's grace in the midst of our frailty. And I don't know what you wanna do with the rest of Judas' story... if you remember, he leaves the table still full of his own sense of power and self-preservation, that he follows through with his betrayal and eventually commits suicide out of his guilt. Things didn't end well for him... but I can't help but hope--I need to hope--that in some way, Jesus' death is still Jesus' acceptance of Judas, his companionship in the utter shame of violent execution, even if its at his own hands. Jesus accepts us when we cannot accept ourselves. I have to hope this because I know how often I have left the table with Judas, full of my own power and self-preservation... When Jesus dies on the cross, I have to hope that he dies with Judas, assumes Judas' guilt and shame for its redemption.

But we're getting ahead of ourselves... it's still Thursday.

Ironically, in the radical hospitality and unfathomable grace of Jesus, a command is manifest. The word "Maundy" comes from the Latin, Mandatum--a mandate or a command. Jesus tells his disciples to love. That's the command. And it's not just any kind of love. It's not the love which elevates honor and esteems the most powerful people above the weak. This love is put on display in Jesus' act of washing the feet of his disciples. This was not his job. This was the job for invisible people, powerless people, people like the ones we recognize ourselves to be in Lent. But Jesus takes the basin and the towel and does the job. In doing so, he dismantles the virtue of power and elevates the honest, the shameful. He flips upside-down our notions of greatness. He lowers himself. And the logic continues all the way to crucifixion. As the Church eventually would articulate it, "he emptied himself, taking the form of a slave, being born in human likeness. And being found in human form, he humbled himself and became obedient to the point of death—even death on a cross" (Philippians 2:7-8). This is the command, the mandate, we receive. 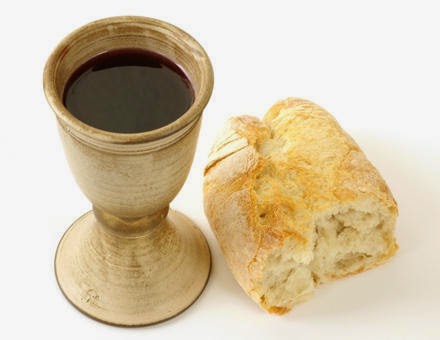 Patrick McCormick has some wonderful reflections on the Eucharist, the meal we celebrate on Maundy Thursday. He articulates perhaps one element of the frailty we've been talking about as "seeing ourselves as hungry eaters." This emphasizes the character of this meal as a meal. He writes, "Seeing ourselves as hungry eaters and acknowledging our fundamental and permanent neediness helps us to recognize ourselves as the beggars and debtors we are, and to see that the only way we come to the eucharistic banquet is as grateful and unworthy guests...." He gets our status right, and by placing it first, he gets the order of things correct. But it doesn't stop there. He goes on... "The only possible response to this incredible act of graciousness on God's part is to share whatever we have been given with all the other beggars at the feast" (A Banqueters Guide to the All-Night Soup Kitchen of the Kingdom of God, 7-8).

In our frailty, we are accepted. And in our being accepted, we accept. We are liberated to liberate. We do not have to deceive ourselves about ourselves. And as Tillich continues, "...being accepted by God means also being transformed by God." But for now, while transformation seems so far away, let us notice our being accepted without wasting our time on the illusion that we deserve it.
Posted by wellis68 at 4/17/2014 09:52:00 AM