The Two-Fold Liberation of a "Progressive Youth Ministry" 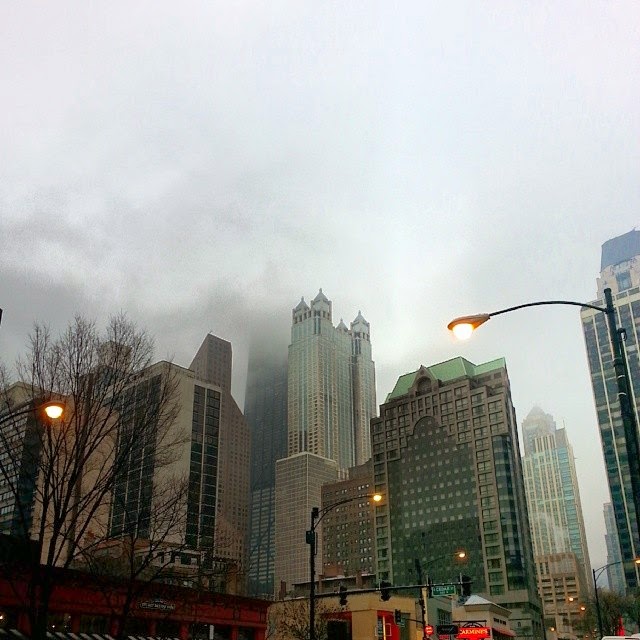 I'm hangin' out here in Chicago at the Progressive Youth Ministry Conference. Yesterday morning I got up at 3:30am, caught a flight from Newark to Chicago, navigated public transportation (which is a feat for this kid from Ramona), and somehow made it in time for opening worship. While I've got way too much going on in school and at church, being here has totally been worth it. I almost forgot how liberating these youth ministry events can be for youth workers, just to get together with other people who understand what you're up to, people to whom you don't have to give an awkward explanation of what this youth ministry stuff actually is.

And this particular conference is liberating on a second level. Now, personally, I love Youth Specialties. I've never been to Simply Youth Ministry, but I bet I'd like it too. And I love all the youth worker training and resourcing events I've been to, at least because of the liberation I already described. But at the "big tent" gatherings, where there's such a wide theological spectrum represented, you gotta kinda keep your mouth shut about a few things. If you talk about LGBTQ issues or Queer theology or Marxist Communism or process theology, you'll likely start a fight. (note to Tripp Fuller: you convinced me that process theology doesn't suck, but raise the bar in the future... you gotta convince me that it's right!). I'm all about the big tent. I am passionate, in fact, about bringing the theological spectrum together, but it's just liberating to be at a conference where you don't have to pretend that homosexuality is still "controversial," and where you can declare with conviction that process theology (at least) doesn't suck!

And this two-fold liberation--liberation from the "what's youth ministry, anyway?" world and liberation from the "oh, we love gay people but we hate their 'sin'" world--is what makes PYM such a worthwhile event for a tribe of Christians who haven't had a tribe before... 'cause let's be honest, conservatives have their tribe, even at the "big tent," the conservatives still get to say what they're really thinking. Even though I hope that the PYM crowd will still go to the Youth Specialties Conference and others like it, they need their own space, we need our own space outside our own churches in which we can take off the mask!

Thanks for writing! I liked the "raise the bar" quote. Process doesn't suck, but compel me. Tripp did a better job than most. But reading Whitehead, I'm like "dude... you're a deist with outdated quantum. Waited 4 more years, you would have had a completely different set of mechanics to work with." So it goes. And Cobb does a fair theological job...

But it's slick to be at a conference where you can say these things and more! Being easily scandalized isn't the best grounds for theological conversation. Or any conversation.

Thanks Luke!
I do love Tripp and I think he did a wonderful job... his talk might have been my favorite (even though I'm not convinced it was even about Process Theology).
It was a pretty rockin' conference, glad we were both there.