"I'm not all that liberal" ...and other things liberals say...

I've been in countless conversations in which I've eventually felt the need to defend myself from liberalness. "I don't really think I'm all that liberal...," I'd say, with a somewhat inquisitive voice, as if to ask myself the question ..."right?" 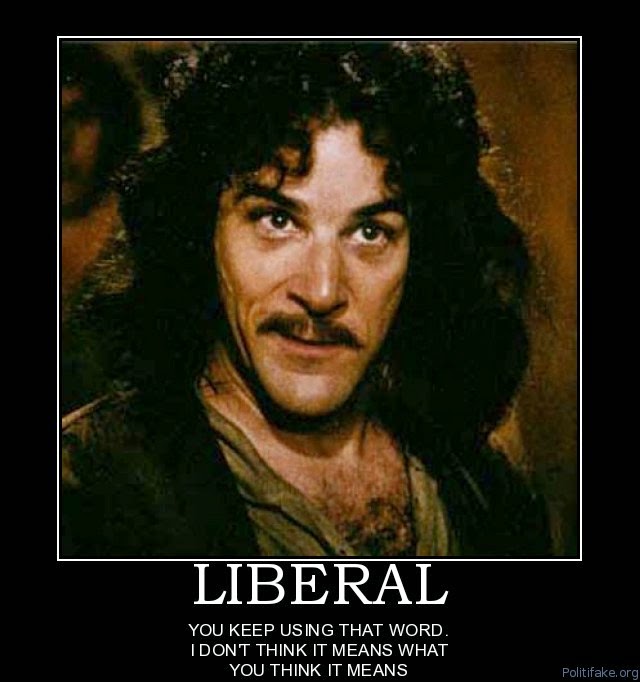 I wanted... I still want... to believe that it's not "all that liberal" to hope for an end of bigotry in the church, to call for justice (even hypocritically, sometimes) in American economics and politics, to dream of a day when people are embraced and accepted simply on the basis of their humanity and our shared humanity. I didn't, I don't, want to think that it's a "liberal" thing to read the bible as a nuanced, human, and living word from God. I didn't, I don't, think at all that affirming God's call on the lives of women, gay people, and all other kinds to ordained vocational ministry is something to be seen as "liberal," given that calling is something God does, not something the church does. I want that stuff to be normal. I want "liberal" to mean something weird, far to the left of where I am--where there are no rules, anything goes, nobody really believes anything apart from "it's ok to believe anything," and nothing really matters... that is, after all, the perception that many conservatives have about "liberals," but that couldn't possibly describe me... right?

I still don't think I'm all that liberal. I still believe the Bible is "authoritative," although I am sure we can find a better word than "authority" (maybe revelation?). I still believe that Jesus Christ is the Son of God, that he died for my sin, and in my shame, that Jesus calls us to follow, and that God's reign is the world's true end (a world, I might add, in which justice is displayed in politics and economics, where it is "on earth as it is in heaven," in which "There is neither Jew nor Gentile, neither slave nor free, nor is there male and female, for you are all one in Christ Jesus"... which is probably where all my "liberal" ideals come from in the first place, ironically). I still believe that human beings should be free, free for their own human dignity, for God is glorified in the dignity of human beings. I believe in creeds and confessions and in the fundamental importance of believing the right things (and that there are, in fact, wrong things). And I believe in loving your enemies. I don't think I'm all that liberal... but now I wonder if that's just something liberal people say...

Maybe it's the embarrassment of the whole World Vision fiasco that went down recently, or maybe it's some kind of liberation I received from attending a progressive youth ministry conference, but for whatever reason, I'm feeling less and less motivated to defend myself from liberalness. After all, if being liberal just means accepting gay people and reading the Bible carefully (and accepting gay people as a result of reading the bible carefully), then I guess I shouldn't defend myself. Maybe that's exactly what I am. Or maybe "progressive" is a better word... maybe I can make that mean something closer to what I actually am... but really, who's gonna hear "progressive" without hearing "liberal" too? Either way, I know I'm not exactly conservative anymore... even if I still love and appreciate many parts of conservationism and evangelicalism.

Maybe I should just own it... or maybe I should be fine with just being "a Christian who cares about theology and wants social justice"... or something like that... even if nobody else is using that for their Facebook profile. Whatever the case, I can probably say, just for simplicity's sake... I don't care if I'm actually "all that liberal" after all.