Thinking About Shame and Guilt With Donald Capps 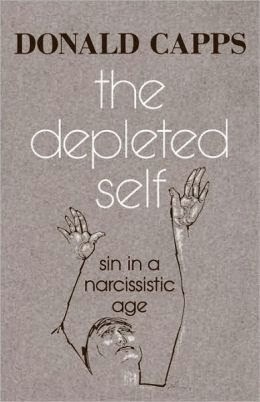 I never realized how Narcissistic I was until I read The Depleted Self by Dr. Donald Capps. The fact is, according to Capps, we're all a little bit narcissistic. The narcissistic self has become the dominant condition of our culture. Perhaps it’s just that I hadn’t yet been adequately introduced to the term, narcissism, but I suppose I made the same mistake which he accuses traditional theologies of making—that of conflating the concepts of individualism and narcissism (see pp.101-109, especially 103) even though one is an ideology and the other a “psychological condition” (p. 103). As I read the description on pages 12-13, I was amazed and disappointed to discover so much with which I could identify. While I do not believe that I actually lack empathy with other people (I hope not), I am definitely, at least at times, guilty of the “pervasive pattern of grandiosity…” and “hypersensitivity to the evaluation of others…” (p. 12). Capps' example of “…a student who ordinarily expects an A and receives an A minus…” and expresses “…the view that he or she is thus revealed to all as a failure” and “…conversely, having gotten an A, the student may feel fraudulent, and unable to take genuine pleasure in a real achievement…” all sounds like me (p. 13). I can definitely see in myself this vacillation of failure and fraudulence and all the despair and shame associated therewith (he goes into a fuller, more eloquent description of this condition on p. 36 where I especially appreciate his articulation that, “moments of elation and satisfaction cannot be enjoyed or even trusted because we know that soon the bubble will burst…”).

While in reading this I felt some degree of horror, just at the thought that I might be a narcissist, I took assurance in the fact that I didn’t associate with every element of Capp’s description (I am much more a “craving” narcissist than a “manipulative,” “paranoid,” or “phallic” narcissist, see pp. 20-24). I also took some assurance, or at least felt some validation, in his clarity to distinguish the primary feeling in this condition as shame rather than guilt. It was as if he was saying to me, “Wes, even if you are a narcissist, you’re not to be judged but treated for it.” I don’t just have to try harder (he says as much on p. 84) to stop being narcissistic but I can be affirmed and validated in my condition even as I seek healing from it. This pushes toward Capps’ larger point of his work, namely, to argue that our paradigm of “guilt” language in theology is inadequate in the face of the “depleted self” which has emerged in the narcissistic age. “If the narcissistic self is so beset by shame, we need to resist moralistic condemnations and view narcissism more sympathetically” (p.36). This is so because guilt implies that someone else is being victimized by us, but in shame, the self is the victim. We are estranged from our very selves, so to reduce the condition to guilt, to flatten the conversation to moralism which says, “you’re selfish and individualistic (in a bad way), you should stop being that,” does no justice to the situation and may do much more harm than good..


His point is well taken, and relates somewhat to my previous post ("Is My Baby A Sinner"). I am reminded of Paul Tillich’s concept of the “…tragic element in the transition from essential to existential being” (Paul Tillich, Systematic Theology Vol. 2, 36-39). While Tillich affirms the moral element of this condition of estrangement (i.e. “sin”. Tillich, 44-47); immorality and transgression are not its chief characteristics. This condition of estrangement (the depleted self), shame, does not originate from a moment in time, a perpetration of an immoral act, but it is tragic insofar as it is involuntary, we suffer from it, we’re victims of the tragedy of estrangement as well as perpetrators of "sins." Framing everything in terms of guilt is inadequate, even if we don't want to let go of it (guilt language, may still be indispensable in some situations). We need a theology of shame. Shame gets deeper insofar as it involves the whole self. In my shame, I cannot say, "that wasn't like me, I wasn't being myself," as I can in guilt. In shame, I am what I did not (do not) believe I am or who I want to believe I am. It takes us by surprise. It is, unlike guilt, involuntary. I entrust myself to a situation that simply is not there and so I lower my face. I don't try to rationalize it, like I may my guilt, I try to hide from it or conceal it. The threat of shame is not punishment but abandonment. So to impose guilt language such as "forgiveness" to someone's shame is to miss it, to reserve it from the hope of healing, for forgiveness can't fix shame. As my professor, Dr. Robert Dykstra, said today, "the antidote to shame is grace... the antidote to shame is acceptance."

And so I believe that perhaps the deepest truth about the cross is not forgiveness, it's not "atonement" in the traditional sense. For while forgiveness only locates God in our guilt, acceptance and solidarity locates God in our unspeakable shame, a far darker space. If God only forgives us in our guilt and does not accept us in our shame, then our darkest places, the places we'd rather not go, the places in which our shame dwells, the places that are us, will be reserved from the hope of God's presence. Jesus' death was not only a death by guilt, "the judge judged in our place" (Barth, CD, IV.1, 211), but it was certainly a death in shame and failure as the supposed messiah was exposed before his enemies. Jesus is our companion in shame, the one who understands us, the one who accepts us, the one who offers us grace and says, "I do not condemn you."
Posted by wellis68 at 2/06/2014 03:50:00 PM