Created in the Image of God?

From the beginning, we are told in Scripture that human beings are created in God's image. The Hebrew word there for "image" is tzelem, closely related in its semantic origin to the modern Hebrew word for photograph. In Hebrew, the words are almost identical. When God creates human beings, God creates them as a photograph of who God is, God's signature representation, the "image" of what God is like. And this is not so for just one person or just one type of person but for "them," for male and female together, for all people in the human community, not in isolation, but together. One person doesn't provide the picture. All people together are the image, the photograph, of the God of creation.

This presents quite a theological problem. It first of all makes sin a scandal, and that may be an understatement. Sin is impossible because God is good and sovereign and impossible transgress... But if people are the image of God--if the human family, in its relational connections, shows us what God is like-- then God is not so good, at least not all the time. Sometimes, according to the image as we can see it, God is selfish, indifferent, murderous, racist, sexist, vengeful, violent, crude, objectifying, discriminatory, oppressive, Holocaustal, homophobic, and genocidal. The human family can be a very dark image... and if it's an image of God, then how can God be trusted? But that's exactly what's wrong with sin... it's not just that sin is bad... it's sin because it offers an image of God that doesn't correspond to who God actually is. It gives us an image, yes, but only the negative and never the photographic. Sin is, as I believe Karl Barth put it, "the impossible possibility." It's something that, according to who God actually is, is an "ontological impossibility" (I think I should credit George Hunsinger for this phrase), but a very dark and real reality. Sin is truly scandalous, not just in its execution but in its very existence. This is so precisely because God has created humankind in God's own image and has, eschatologically, always been the God of the incarnation, the God revealed in Jesus Christ.

So the Imago Dei, the idea that human beings are the photograph of God, is truly a theological and philosophical challenge because of the reality, the impossible possibility, of sin. But that's just the first challenge. There is a second, and perhaps even more personal, challenge presented in this bold biblical claim. 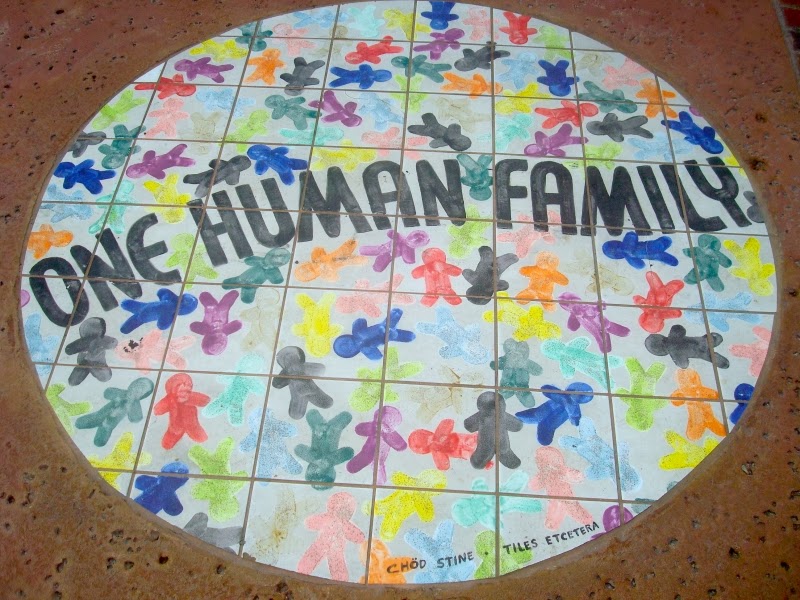 If humankind, the whole human family, is the image of God, then that means I am always called to search for God outside of myself, outside my own notions and the notions of people who look and think just like me. It means that God is imaged in the people I might like to reject, the people of whom I am afraid merely because they're different, the people I may have silenced as voices of God's image. Perhaps there are people whom we have written off and marginalized because of what we perceive to be their sin (and what may very well be their sin). Well, if sin is the dictator, then all people would have to be written off, and yet we are still asked to see people as created in the image of God. Perhaps there are those in whom we've decided not to see the image of God because we don't understand them. Maybe they're undocumented (or "illegal") immigrants, maybe they're communists, maybe they're too rich or too poor, maybe they're too conservative or too liberal, maybe they're gay or transgendered, maybe they're homophobic, maybe they're adherents of another religion, or maybe they've just rejected our religion.  The scandal of the Imago Dei is that we must see even those, included in the human family, as the image of the God of creation. You must learn about God, and thus yourself, even from those people. Because even as you write them off, they are loved by God and we can always learn about someone by what they love. The object of one's love is always, in some way, a reflection of them, their image. So we must learn to love, see God, and thus see ourselves even in those with whom we'd rather not associate. The Imago Dei, though it has been used as the opposite, should always be the strongest of theological checks against oppression, violence, and marginalization.

And that brings us to one final thought about human beings being created in God's image. While sin and diversity seem to make this claim all but unintelligible, it is finally proven not by demonstration but by love. Human beings are God's image, finally, not by virtue of their ability or inability to reflect God's character in the human family, but by virtue of their being loved by God. Even when humankind is dark and detestable, they remain the image of God because God remains in love with them. And what God loves always tells us, shows us, something about who God is. We learn about God by seeing what and who God loves. We are created in God's image because God loves us perfectly.
Posted by wellis68 at 1/18/2014 11:51:00 AM