Should We Call It "The Lord's Prayer"?

I have a friend whose pet-peave is people saying "the Lord's Prayer" in reference to the prayer that Jesus taught his disciples to pray... you know the one... sometimes it's called the "Our Father"... but mostly (at least in protestant circles) it's just called the Lord's Prayer. So why does that common title cause my friend such frustration? "It's not Jesus' prayer... it's the disciples' prayer... it's the prayer Jesus gave to his disciples!" And my friend is not alone in his dissatisfaction with the phrase.   It'll even show up in some study bible notes, apparently... The NET Bible Notes (although I don't really know who uses them) contend that "...although traditionally known as the Lord’s prayer, [it] is really the disciples’ prayer." And I guess they have a point. Jesus did, in a sense, give them this prayer... but are we to think that Jesus didn't pray it? I'll go even further to ask, is it even possible to conceive of such a prayer as our own without it first, and primarily, being Jesus' own prayer? How can any prayer be the "disciples' prayer" without first an foremost being, "the Lord's prayer"?

As Jesus disciples, we are invited to live and act in correlation with Jesus' own life and action. While univocal correspondence is reserved from us (on the basis of the exclusivity of God's action), perhaps on the basis of the hypostatic union, human action can always and should always find itself in correspondence with that of Christ. Indeed, if I can venture to suggest this much, sin can be defined as that action which does not correspond to Christ's action. Even prayer itself is a gift of grace. This is true from two directions simultaneously...

1) from God to us—Because God is before us, because we will never venture to a place where God has not already and always preceded us, because there is no human movement which itself is not preceded by the movement of God, whatever prayer is our prayer—when it correspond's to God's action—is only ours by virtue of God's grace and by virtue of its being God's first.

2) from us to God—in Christ, the human and the divine have been radically brought together. Humanity has been taken up into the life and being of God—even that humanity which is plagued by death and cannot conceivably find itself in reference to God as God's children, able to call God "father."* There is no humanity which is reserved from Christ Jesus, and so there is no humanity—even our prayers—which are reserved from God.

Therefore, the only way the "disciples' prayer" can ever be the disciples' is if it is first and simultaneously Christ's prayer, the "Lord's Prayer." We can, by no other means, find ourselves in relation to God as God's children, able to call upon God as "our father." We can only do this because Jesus did it first. We can only pray to God as father because Jesus calls upon God as father, and we have been united with God according to God's own action in Jesus Christ. 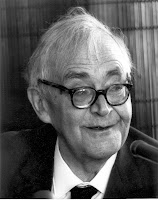 
"Obedient to him as their Lord, they [disciples] come to be and are set in that unproblematical relationship to God the Father. As they call upon him as such according to the permission, command, and order of Jesus Christ, God the Father in his nature and existence comes before them unmistakably and irrefutably... [Jesus] founded calling on God the Father—and made it binding on his people—by doing it first himself, and in so doing giving a prior example of what he demanded of them, or rather, demanding it of them by himself doing it. He took them up into the movement of his own prayer." (The Christian Life, 63-64).

It's only our prayer if it's Christ's prayer—we can only pray to God as father because Jesus has done so and we have been brought into that movement. It is only the disciples' prayer if it is, above all, the "Lord's Prayer."


*sidenote: I don't want to ignore completely all the ambiguities of referring to God as Father. Indeed, I want to heed the warning of Virginia Ramey Mollenkott: "If God is always 'he' and imaged as Father, Husband, or Master, then human husbands, fathers, and employers are godlike in a way that wives, mothers, and employees are not. And the stage is set for exploitation." I have no problem referring to God as mother or something else, as long as we are sure to avoid all kinds of projections of our human notions of fatherhood or motherhood upon God. The point here, as I can discern it, is that we can refer to God as one with whom we are in a relationship determined not by productivity or desirability but by one's relation to the other—a relationship determined by relationship, reserved from modalistic or moralistic conditions. In other words, we are in relationship to God in the same way that a mother is in relationship with her children—there are actions which correspond to this relationship, actions which are the necessary impulse of this relationship, but those actions do not determine the relationship. A mother is only a mother by virtue of her mothering—her children are hers.
Posted by wellis68 at 11/21/2013 10:00:00 AM