Some of my most restful moments of Sabbath are those moments when I can just forget about school, forget about field education, forget about work, and just be with Amanda and dream about Henry. 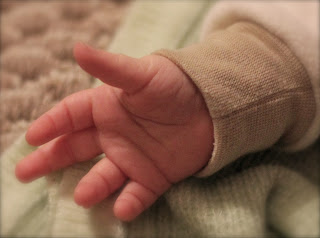 Henry is still in Amanda’s belly (womb? uterus? ...whatever), yet to be born. He’s our first child, our first son, and we love him. We love him deeply and profoundly...but we haven’t really met him yet. We have’t seen his face. We don’t know his personality. Henry is like a promise—provisional, reliable, but awaiting historical validation. Some of my favorite moments are when I can just hang out with Amanda, put my hand on her stomach, and just feel Henry moving around. Those moments are restful to me because they feel, in some way, to be future-filled moments—moments where the present is wholly conditioned by and even lost in hope for what’s ahead. Judith Schulevitz (in her book, The Sabbath World) and others (including Jurgen Moltmann in God in Creation) have described Sabbath as a “foretaste” of the Olam Ha-ba, a sort of presence of the coming world in this present one. It’s a word spoken to us from our future saying to us, “you are now that which you will be once the work is finished.” This idea takes on new reality in those moments when Amanda and I are just dreaming about Henry.

A couple of Sundays ago, I preached the sermon at church... that didn’t make for the most restful morning... but believe me, the time after the sermon was all the more restful. The anxiety was past, the work was finished, and the weight was lifted off my shoulders. So everything that followed was just that much more enjoyable.

Amanda and I went to the Princeton Hospital, where we’re planning to have the baby, where they were having a free “Baby Shower” for the community. It was something like an open house. They were offering tours and they had a ton of booths from various pregnancy and baby-nurturing organizations and programs. There was free cake! And even though I wouldn’t necessarily have gone to that event had it been up to me, it was a time where I was free to just imagine Henry, to dream about Henry—to picture him taking a baby music class or going to story-time at the library or whatever. Nothing else was important.

So I think that the time we spend recalling God’s provision and grace in our lives isn’t just about remembering something from the past, but it has a future quality. The provision of God in the past corresponds to where the world is headed in the future.  We're remembering what has been said about us according to what God has done and is doing. What God has said about us from our beginning is true according to the future we share with God, a future of resurrection and redemption. God's word in the beginning is a promise... a promise revealed in Jesus, having found and yet awaiting and heading toward its complete historical and eschatological validation... a promise which conditions the present and gives it its true character. So when we consider promise of our future, we’re free to rest in the present according to the goodness and love of God.
Posted by wellis68 at 10/15/2013 04:40:00 PM