APU and Adam Ackley: The Murky Waters of Progressive Evangelicalism 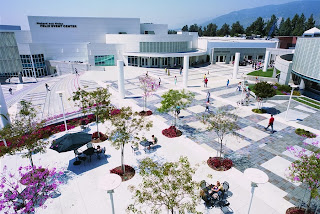 When I was a student at Azusa Pacific University I took a course with Adam Ackley... but back then his name was Heather Ackley...

Dr. Ackley has recently come out as a transgender man. Struggling for years living as a woman—a woman in theological scholarship, no less—Ackley finally came to terms with his identity... and it may mean losing his position at Azusa Pacific University. The leadership at APU is currently in conversation about how they should handle the situation, but I can tell you that there is significant pressure, given APU's status as a leading Evangelical institution, for them to relieve Ackley of his position (even though I can be sure there's no legal basis for them to do so).

Dr. Ackley was (is!) a good professor. Apart from the fact that APU is still funded by some pretty conservative people, I don't see a reason for them to let Ackley go. It certainly wouldn't be ethical or legal for them to do so (it definitely shouldn't be legal to discriminate against someone according to their gender identity). It can only be a good thing for an Evangelical institution to finally have queer representation on their faculty!

It's more complicated for APU, as an institution, than it is for me as an institution. For them, there's less theological clarity... and definitely less economic clarity. And that being said, to a degree I am proud of the way they're handling this. Some Evangelical schools would be quick to dismiss a transgendered faculty member, citing discriminatory policies as justification. But APU says that they're "engaged in thoughtful conversations... to honor the contribution and treat all parties with dignity...", at least they're affirming the human dignity of their transgendered faculty member(s).

APU, as usual, finds itself in the murky waters of progressive-evangelicalism, somewhere between progressivism and conservativism. How do you move forward as an evangelical institution when the rigidity of conservativism will no longer do? My prayer is for APU to move forward with courage, to be a pioneer in the evangelical world and to honor its people, considering the value of their contribution (especially the so far under-represented contribution of the transgendered Christian scholar), over the so-called "values of the university." And my prayer is for Dr. Ackley as a person and as a scholar, that he may be accepted and respected with the affirmation due him as a human being and as a theologian with so much to offer, perhaps especially to an evangelical institution.
Posted by wellis68 at 9/24/2013 12:29:00 PM