God is God's Relationships: A lesson from Jürgen Moltmann 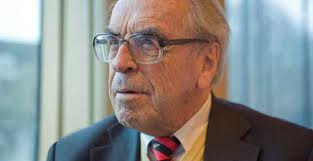 Me reading Jürgen Moltmann: it has become quite a cliché among my friends and acquaintances here in Princeton, but I'm keeping it up. A friend of mine came into the mail room where I work on campus and asked me if I'd read God In Creation, one which I have not finished before, and give him my thoughts on it... of course I could not resist. So I've been taking up the challenge and I'm officially 12 whole pages into God in Creation by Jürgen Moltmann. If I can presume to say so, I can say I'm totally digging what Moltmann is up to. He writes,

Now, if I've learned from Andrew Root that people are their relationships (see The Relational Pastor by Andrew Root), then I'm learning from Moltmann that creation, life itself, is relationships. Indeed, God herself cannot be observed or examined outside of relationship and the relationships that make God who God is (it's interesting that Root and Moltmann both quote Martin Buber on this: "In the beginning was relationship"). Theology, when it is made to be an exact or "mechanistic" science, one which presumes to deduce factual statements about God as an object in isolation from any extenuating factors does an injustice to its object. To presume that God can be put into a test tube or examined in a static environment aside from the "contamination" of external relationships in a theological fallacy. I knew a professor who was in the habit of proposing the equation:

His point, of course, was simply to communicate God's freedom, God's independence from creation and creation's dependence upon God, but (and I've written on this before) this proposition downplays the significance of God's communion with creation.

What did God create when God created the world? Traditionally, the most basic answer to that question is "things." God created "things," we might say, and those things can be in relationship. But such is the response of "mechanistic theory." It has not yet reached the most profound and fundamental significance of things. What are things without relationships? The real answer to the question of what was created when God created the world, if Moltmann (and Buber) is right, is "relationships." God created relationships... things indeed, but things themselves at their most basic level are their relationships. Life, living things, cannot be leveled out merely to functions and mechanisms. God too, especially God, cannot be reduced in such a way. God is much more dynamic. You can't talk about God without talking about creation and God's relationship with creation anymore than you can talk about a mother without talking about her relationship to her children. The relationship has a determinative quality. For Moltmann this is partially so because of the eschatological framework of his theology (as a "theologian of hope"). Since God's end is to be in relationship, such determines God's "origin."

As Moltmann has written elsewhere,


"In the eschatological anticipation of history...the unity of God contains within itself the whole union of creation with God and in God. Eschatologically, the unity of God is therefore linked with the salvation of creation, just as his glory is linked with his glorification through everything that lives and rejoices... this unity is, in that it becomes..." (The Church in the Power of the Spirit, 61).

The song goes, "...as it was in the beginning is now and ever shall be..." but Moltmann's theology essentially reverses this: as it will be in the end determines what is and always has been. The present and even the origin of things is determined in quality according to its end. God is who God will be. We are who we will be. 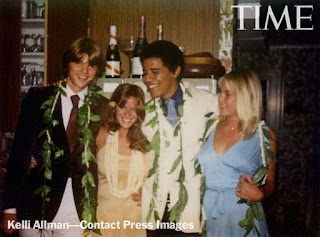 The best way I can think to illustrate this way of considering history is to refer to some pictures that were recently published in Time Magazine. The pictures from 1979 feature a teenage Barack Obama on the night of his senior prom. In the pictures he's just a kid. The significance of the pictures is not found in what they were... it's just some kids on prom night... the significance of those pictures, and their true meaning, is found in what they will be: not just pictures of kids on prom night but pictures of the President of the United States. It is according to a similar principle that what will be true of us determines what is true of us... and what will ultimately be true has been revealed in Jesus Christ and his resurrection.

Since the relational unity of God with creation is what finally will be, since "...the creation itself will be liberated from its bondage..." (Romans 8:21), God's unity with and openness to creation is contained in God's very self. We look upon God now as a snapshot in history of the God who will be united with and glorified in God's creation. God is God's relationships, just as people are their relationships and God is in love people and with creation.

For those who are worried at this point that I am suggesting some kind of deficiency in God's being so determined by God's relationships, let me quote Moltmann again,

I suspect that it is a Western assumption that dependence suggests 'deficiency'. But God's power is expressed and manifest in God's freely chosen dependence upon creation; the fact that God "...does not desire to be glorified without his liberated creation" (Church, 60).