The Ground of Being: The Ontology of God According to Tillich

I've been working through a lot of the writings of Paul Tillich this semester. I'm taking a course on his theology from Dr. Mark Taylor, and I've been truly challenged and inspired by his theology. Though he is such an important voice for contemporary Western Christianity (it's easy to see his influence on thinkers like Rob Bell and Peter Rollins, though there is certainly some divergence), I had never really been exposed to his thought prior to my coming to Princeton. For anyone who's interested in Tillich's theology, I wrote up some summary thoughts on his doctrine of God from the last section of the first volume of his Systematic Theology. Of course, you can feel free to skim the bold print...

“‘God’ is the answer to the question implied in man’s finitude; he is the name for that which concerns man ultimately. This does not mean that first there is a being called God and then the demand that man should be ultimately concerned about him” (Paul Tillich, Systematic Theology, vol. 1, 211)

For Paul Tillich, God is not somewhere else or somewhere out there, apart from concrete reality and the situation of humankind. This does not mean that the concept of transcendence is absent, but it is necessarily a transcendence that is here, within human experience, springing up in the mundane and finite content of reality. God is not up and away from human experience, God is within and at the depths of human experience. “It is in the finite alone that the infinite can express itself” (ST1, 218). As such, God’s is a hyphenated identity of finite-infinite. God “transcends the cleavage between subjectivity and objectivity” (ST1, 214). 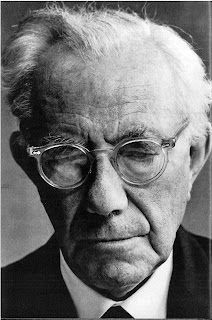 When one side of the hyphen is emphasized to the detriment of the other, we lose God in the process. God becomes either an object among other objects—a god among other gods—or God becomes a detached deity; separate from the lives of people, absent from the ream of the secular (the God of theism, as Tillich sees it). God’s transcendence is such that God is beyond us. When we are reaching beyond ourselves, to that with which we are ultimately concerned, we are reaching to God, but God is not separated from us. God is not imported as an alien species from outside of the concrete situation of human experience. God is beyond all of our distinctions but only insofar as God is the ground for all such distinctions—including being and nonbeing, finite and infinite, secular and holy, essential and existential. “Since God is the ground of being, he is the ground of the structure of being. He is not subject to this structure; the structure is grounded in him” (238). Since God is not a being, as such—since God does not “exist” but is that which undergirds existence—we can only know and speak of God in the language of symbols. Our knowledge of God—since God is being-itself and not a being—can only come through our experience. All religious language and all concrete assertions about God are conditioned as we are conditioned by this unconditional God. Speaking of God as a “Father” or “Lord” or “Mother” or even trinity , for example, is a cultural form of “religious” content, that is the symbolic expression of that of which we cannot speak otherwise, since “culture is the form of religion” (see Tillich, On The Boundary, 70).

Since God is the ground of being, God is and must include a transcendence of all polar distinctions which condition the world—the polarities and hyphenated elements of ontology are included as well (if not foremost). Indeed, Tillich comes to his doctrine of God through the ontology he’s already substantiated in earlier sections of the Systematic Theology. This is so for reasons already mentioned; namely, that God is being-itself, “…the God in whom the ultimate and the concrete are united” (ST1, 228), bearing the implication that God is not (and will not exist) apart from the concrete, since the concrete is essential to God, even in God’s freedom from categories of finitude… “God is neither in another nor in the same space as the world. …God is immanent in the world as its permanent creative ground and is transcendent to the world through freedom” (263). This has to do with Tillich’s view of Omnipresence as “…an extension of the divine substance through all spaces” (277).

Within this framework, God is to be understood as the one who pulls off all the balances of ontological polarities. “Within the divine life,” writes Tillich, “every ontological element includes its polar element completely, without tension and without the threat of dissolution, for God is being-itself” (243).

Tillich opens himself to criticism here because it is questionable whether or not he actually succeeds in constructing such a harmonious dialectical ontology. In the polar elements of ontology—individualization/participation, dynamics/form, freedom/destiny—Tillich consistently favors the former over the latter by placing rhetorical primacy on the former rather than the latter. “Man is a self who has a world” (243). Does this really communicate the dialectical ontology Tillich set out to communicate?

Setting aside that question for now, within this ontological framework for the doctrine of God, Tillich wants us to understand God as the perfect balance of all the tensions of human experience. This does not mean that God is “good” and “evil,” as such, but it does mean that God perfectly includes in Godself the anxieties and ambiguities of existence... God is the basis we have for facing such ambiguities with courage and hope. God is personal only insofar as God is the ground of all relation—“God is the principle of participation as well as the principle of individualization” (245). God is a dynamic that is not swallowed up by a determined form—a “not yet” which is tempered by a resounding “now” (see 246). And God is the unconditioned one in whom “freedom and destiny are one” (248-249). God is perfect only insofar as God is the true basis of the courage to be, not in being detached from the situation but by embracing it and filling it with meaning. That is how God is an answer to the question implied in our finitude—God is its answer because God is its meaning.
Posted by wellis68 at 3/17/2013 11:10:00 PM