Content and Product: Know the Tree by its Fruit 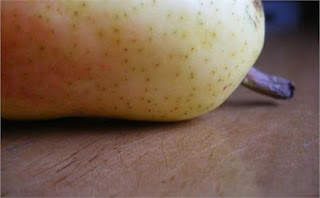 The product of faith is at least as important as its content. Jesus said, "Make a tree good and its fruit will be good, or make a tree bad and its fruit will be bad, for a tree is recognized by its fruit" (Matthew 12:33). I think that we Christians, perhaps suffering from a post-enlightenment hangover, have overestimated the importance of content simply because we have isolated it from the product. In other words, our concern is that what we believe is 'true,' not that it makes us better people. What's at stake for us is the truth, not the good. But if Jesus' words and deeds mean nothing else, they at least draw us to the conclusion that whatever we believe, it is not for the sake of correctness as much as it is for the sake of healing the world (Tikkun Olam).

One of the first books I ever read from cover to cover (or at least most of the way through) was called Be Intolerant and it was all about the evils of "moral relativism" (yeah, I kinda skipped that whole Goosebumps phase). One of my Youth Pastors, one that would eventually become more of a theological nemesis, recommended it to me. I don't remember everything about it, but you can be sure that it fostered in me a sense of certainty that gave way to an intellectual and moral superiority-complex. It gave me a system by which I could categorize people who disagreed with me. As Kierkegaard is reported to have said, "Once you label me you negate me." Well, I was labeling people alright--and all this was the product of my belief, my certainty in Christian truth. Around that same time, another Youth Pastor of mine (yeah, I was a Youth Group junkie) challenged our group to keep a list of names in our pocket--the names of five of our 'un-saved' friends--so that we would remember to pray for their salvation and look for opportunities to proselytize them. This took my moral certainty to a whole new level. It mobilized my arrogance and justified my sense of superiority. I was right, everyone else was wrong, and they needed what I had. Not a healthy perspective for a fifteen-year-old to possess. What I believed was right and that's all that mattered--never mind that, more often than not, I was a little jerk about it.

Then, during my Junior year in high school, I was exposed to something called "Youth Leadership Institute" at APU, a week long conference for Juniors and Seniors in high school lead by a man (now a friend) named Robin Dugall (and also notably, Mike DeVries). YLI was a different environment for me, one which was designed for depth, where I was challenged to think about the content of my faith, given tools to rethink some of the things to which I had held so tightly for so long, and think not only about the content of my faith but also its product--the sort of person I was becoming because of my faith in Jesus. Values such as authenticity, humility, community, and love were taking precedence over certainty and conquest. The Kingdom of God--not relegated to some distant future but present in the here and now--became the new guiding principle in my life. Ironically, the more I learned the less certain I was. The more I though about the content of my faith the less confident I was in my own superiority. But, more ironic still, the more I learned the less important it became for me to know it all and be right about it. It was more important that I was following Christ and becoming more and more like Jesus. Being right about who Jesus is was no longer the end in itself but the means by which I was to become more Christlike. Orthopraxy (living like Jesus) was now the guiding principle for orthodoxy (theological correctness). The product, the fruit, was now the corrective lens for the content.

I think that in many Christian circles we have overestimated the intrinsic malevolence of believing in things that aren't true. The fact is, since no two people agree on absolutely everything, everyone must believe in at least a few things that aren't true (unless you're that one lady or man who happens to be right about everything). But of course we all think we're right about it all... after all, if you didn't think your opinion was right, you'd just get a new one. So we should worry a little less about beliefs that aren't true, and worry more about what beliefs produce, whether they're true or not.

This is not to justify ignorance! This does not mean that we shouldn't do the hard work of thinking thoroughly and responsibly about the things we believe. We should be disciplined in our thinking, taking nothing for grated, considering every source and subjecting all our sources to the proper norms wherever it's possible to do so. But there is something bigger at stake than petty certainty. What matters is that we are becoming the kind of people who, if there were more of us, the world would be a better place. What use is it to be right if you're just making things worse?

I believe that God is good and I believe that God is "all-embracing" (to borrow a term from Jürgen Moltmann). As such, I believe that the content and the product of faith (orthodoxy and orthopraxy) are eternally interdependent, perpetually simultaneous. The content will determine the product just as the product will be reflective of the content. Each one must subject itself to the other. The way we know that our content is right is not only by the weight of its plausibility but by that which it produces. "A tree is recognized by its fruit." Let your certainty submit to your goodness.

When I was certain of what I believed and when I knew I was right by all the indicators I knew how to consider, I was actually becoming something other than the good creation which God made when God made me. The fruit was rotten, even though I though I'd planted the right tree. Not to suggest that I am absolutely on the right track now, but when I allowed myself the freedom to doubt, the freedom to reconsider, I began to become someone different, someone more loving, more humble, and more compassionate. When you're getting good fruit, you don't need to be so defensive of the tree.

So begin to interrogate the fruit, ask yourself, "is the product of my faith a good product?" Are you becoming more like the Christ who broke every barrier and loved without restraint? Give yourself the freedom to let down your defenses and think twice about the content. If it's really true, it will withstand the interrogation. Whatever you do, do it for the sake of Christ, for the sake of healing the world.
Posted by wellis68 at 1/07/2013 04:58:00 PM