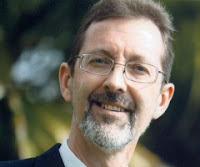 I just wanted to give a quick shout-out to a friend and mentor of mine, Rev. Steve Swope. Steve is a UCC pastor in Missouri who was, for a short time, my boss when I was a Youth Pastor in San Diego. He's among the most insightful people I know. And he was a huge influence on me while we worked together. He's perhaps the biggest reason that I actually entered the ordination process for the UCC. He recently wrote a post for a e-magazine of sorts called ColumbiaFAVS. The post is about progressive Christianity and faith.

Conservative-fringe theology and methodology has taken center stage and thus progressive/mainline theology has been getting a bad rep. Steve writes, "because liberal/progressive Christians have been quiet and non-confrontational about their faith identity, some believe that faith is unimportant to them." He reminds us that faith is, in fact, important to "liberal" Christians... and he tells us how.

I'm not interested in converting conservatives to liberalism--not by any stretch. But there is an excessive amount of ignorance and presumption among conservatives toward their progressive and liberal sisters and brothers. So what I am interested in is educating conservatives and others about why progressives say what they say. I want to be an advocate for the legitimacy of more progressive approaches to social and theological issues. I don't think conservatives have to agree, but most of them aren't even hearing the argument... all they're hearing is the caricature, the straw man, offered to them by folks like Mark Driscoll and John Piper.

I also want people on the outside of the conversation to know that there's an alternative to Franklin Graham and that you can be a Christian without being crazy.

Wow. Thanks, Wes! I'm honored. Hope you and Amanda have a great Thanksgiving!