Missional Theology and the Stale Spirituality of Conformity

"...there is a tendency in all Western theology to separate the cross from the earthly ministry of Jesus... The most obvious evidence of this reductionism is the widespread preoccupation with one's individual salvation, effected on the cross, with little attention to the cosmic and communal character of the gospel." Darrell L. Guder (The Incarnation and the Church's Witness,  page 8) 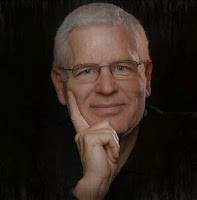 I think that many people in the church have come to a realization that our gospel is too small. It's not just in ivory tower institutions of theology. Popular authors and pastors at the pulpit have brought this to the attention of the church. I'm thinking of the book The Hole In Our Gospel by Richard Stearns which was published in 2010. Stearns, by no means a professional academic and by no means a figure for radically progressive political theology, has joined with others in bringing the language of a more holistic missional theology to the church. But there's still a problem, the diagnosis of which I cannot quite put my finger on.

The problem is that the language is there but what follows is a theology and practice which is still strikingly inconsistent, actually undercutting the language of mission. We're learning to say it, but we still practice and preach as though we don't believe it. Someone can talk about the radical incusivity of the gospel and the life of Jesus, but then they turn around they're still preaching the same old stale conversionism, they're still denying women their place in the pulpit, they still preach the same old pull-yourself-up-by-the-bootstraps gospel of American political conservativism. Why is it that the language of mission--of partnering with God, embodying God, following Jesus, being disciples of the crucified Christ or however else we say it--still fits so easily now into the vocabulary of stale conservative evangelicalism?

There are two key elements I think we're missing. 1)Incarnation and 2) politics.

1)The Incarnation denies us the ability to see the locus of God's operation as anywhere other than the realm of historical human experience. With Jurgen Moltmann, we can still posit that God's work is essentially eschatological, that it exists in some sense as a future reality. But the primary proclamation of God in the incarnation is that the future by which we contrast the world as it is with the promise of God is a future which invades the present and refuses to be but an historical reality. David Bosh wrote, "mission is 'participation in God's existence in the world'" (translating Schutz in Transforming Mission, p.10). "In" is a key word there. Though we love to celebrate Christmas, incarnation is a foreign concept to many Christians. Sure, we can say that God became a person, but we tend to see that act as a sort of disruption of God's true nature and plan. In our theology, the ascension didn't only elevate Christ to the right hand of God, it elevated our theology into the ether, above the ground on which God actually intends to work. We preach a gospel of a God who's concerned with very different things than that with which Jesus was concerned. Someone said, "there is no other God, no hidden God, no secret God lurking behind the façade of God’s revelation in Jesus Christ" (if someone can tell me the origin of this, I'll be grateful). We're so overly concerned with saving souls and converting people's "hearts" that we've forgotten the mission of God as it was and is revealed in Jesus--to heal the soil beneath us, to feed hungry mouths, to empower and include the marginalized, and to atone for sin by entering into solidarity with crucified people. We have trouble connecting, in any real way, the work of justice with the mission of God because we've forgotten that the mission of God is not grounded in heaven but rooted in earth.

2)The second element comes out of the first. The incarnational nature of God's mission for the church is an essentially political nature because human experience is an essentially political experience. If the work of God is rooted in earth, then the implications of God's work are not just for the eternal destiny of the soul and for projects which ultimately pertain to that concern, but they are fundamentally relevant to the systemic and immediate circumstances of the given context. In other words, the mission of God is as political as the problems we face. And it is political in the same way as Jesus. This is where we miss the point. We get political, sure, and we even base our politics on the principals we see in scripture, but we are political in a way that is quite inconsistent with the way Jesus was political. Jesus' practiced preference was for the poor and for the marginalized. Whoever was disregarded as immoral, detestable, or avoidable on the basis of difference; that's who Jesus oriented his politics toward. Karl Barth wrote,

"God always places himself unconditionally and passionately on the side of the poorest and only on that side: against the proud, always in favor of the humble, against those who possess and defend their rights, and on the side of those to whom those rights are denied."

I don't think this means that God doesn't like rich people. That's not the point. The point is orientation. In which direction are our politics really oriented? If God is on the side of the poorest, is God then on our side? Are we on God's side? Or are our politics oriented against the God of the poor? It's a preference in the way that Gustavo Gutierrez describes it: "The ideal, what we should strive for, is that there be no poor; if there must be some, the conduct of the believer should be that of opening one's heart and one's hand to the poor" (Groody, Option for the Poor, page 23).

Now I don't expect everyone to see the same direct implications on, for example, controversies over healthcare, gay marriage, and immigration. But it's evidenced in our statements of faith and our political activism that we are not conducting ourselves in those conversations in the way of Jesus. The disconnection between our mission and our theology allows just enough space for us to adopt a very American political posture--one oriented toward success and upward mobility and not toward seeing to it that poverty is eliminated and people are treated with dignity--even while we claim a mission of partnership with God.

If we had those two elements down, if we were incarnational and political in the way of Jesus, then the language of mission would be transformational. We would have to adapt to it, not it to us. That's the task, I believe, for future generations of missional theologians--to emphasize incarnation and the political implications thereof in such a way that our articulation of discipleship and mission can no longer fit so easily into a stale spirituality of conformity.
Posted by wellis68 at 9/12/2012 06:56:00 PM