The Weapon of Social Media 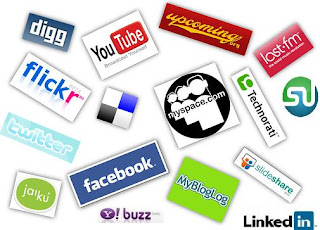 Social media is still new. I think we forget that as few as 10 years ago there was no such thing as a "tweet," a "status update," or even a MySpace profile. "Checking in" was something you did at the doctor's office and "text" was a noun instead of a verb. And as with any new technology, there is a social learning curve and a double-edged potential. Technology has a simultaneous potential for great healing, production, resolution, and enlightenment as well as destruction, violence, division, and corruption. Take the advances in chemistry, for example. Where we have obtained the ability to heal diseases previously thought to be fatal and irreversible, we have with the same technological maturity, designed chemical weapons and abilities to expire the populations of entire cities. With technology, the power for good is equally proportionate to the power for evil.

Sometimes our social maturity falls behind our technological maturity and we end up like toddlers playing with guns. As we have learned the incredible advantages of social media--to bring people together, to give voice to common people, to connect us with the world--we have not quite learned how to be totally constructive with it. I'm afraid that more often than not, it becomes more destructive than constructive. Look, for example, at the whole Chick-Fil-A controversy. Through social media, conversations which may have been somewhat cordial on a smaller scale were conducted in divisive ways. Sides were taken, sarcastic anecdotes were shared, and the lines between the sides were drawn harder and deeper than before.

As Shane Hipps has pointed out in the past, social media like Facebook has become a new social lubricant. When we sign on, we become immediately drunken by our distance from others and our perceived anonymity. As alcohol can act as "liquid courage," giving us the ability to say things we wouldn't think of saying while sober, Facebook and Twitter (even Google+) give us the ability to be more confrontational, more sarcastic, and more openly transparent with people with whom we wouldn't normally think of sharing ourselves... and the affect of social media is not so unlike the affect of alcohol, it usually turns out bad.

Social media gives us the illusion of connectedness. Now, it's not just an illusion. In some important ways it does give us the ability to connect with people who are far away, but even so, it's a much more superficial connection than what is had in actual face-to-face interaction. We end up having opinions about people with whom we haven't had any real contact. We think we know them... but we don't. And thus we create a sort of false intimacy and false validation. We feel validated in our judgements of others, even whole people groups, with whom we can't actually claim real connection or identification.

This concoction of social lubrication and disconnection can end up being very dangerous and ultimately polarizing, driving thicker and sharper wedges between people and pulling us as a society further and further toward the extremes. It's no coincidence that the United States is now more divided than ever--there are virtually no moderates left in decision making positions in politics. It's no coincidence that social media has been a tool for violent revolution in some parts of the world. On Facebook we are brave enough to speak our mind but we are still naively disconnected to those subject to our opinion. What portion of the division we see around us can be credited to a lack of real connection and understanding or to an excess of social boldness?

As we have been learning to use social media, there has been too much collateral damage. Christians, as people of resurrection and incarnation, have a unique opportunity to lead the way in our culture's growth and maturity and to see to it that social media meets its potential as a positive force for social change and ethics.

Here are just a few ways, off the top of my head, that we can manage our growth and maturity in this:

1. Don't trade real relationships for virtual ones. Though efficiency is such a high value in our culture and writing a text or an email seems so much less stressful and more efficient sometimes, we should always seek out the closest thing we can get to a real face-to-face conversation. It may seem strange now, but people used to actually knock on each other's doors and talk in person. If we can't do that, Skype or Facetime or Googe+ Hangouts are great tools for conversation where at least we can see each other. Picking up a telephone is ok, if it's the best we can do. Whatever is possible, we should always do our very best to operate on the deepest level of social connectivity as we can. We should engage in conversations from authentic relationships, not just electronic ones. We have to invest in the relationships we have with real people, with the people we can see and touch, people with whom we can share a meal.

2. Be careful with your words. Remember that perception is half of communication. It's not just your motives or what you're actually saying that matters... it's also about what the other person hears and how they hear it. That's why actually talking to people is important, it's the easiest way to assure that you are understood and that you are actually communicating what you want to communicate. As clear as your motives may be to you, as straight forward as you may think you're being, we're always in the realm of interpretation.

3. Be humble. Remember that you are prone to arrogance because of the social lubrication of virtual connectivity. Be aware of the inherent disadvantages of social media and practice the spiritual discipline of holding your tongue. You may be angry about something, but that does not justify an arrogant rant which will alienate people. Things you say in person are less likely to alienate than things you say on the internet.

4. Be a blessing. Remember that your primary call is to bless others. You may have heard the saying, "if you don't have anything nice to say, then say nothing at all." Well, this saying applies in principal here. It doesn't mean that you must always let people get away with saying stupid things (although you may have to every once in a while... your soul was not designed to carry the burden of the world's stupidity) but it does mean that you have to be respectful in your opposition.

5. Major on the majors, minor on the minors. Remember that exclusivity breeds intimacy. There are things about you and elements of your perspective that are meant for a more intimate setting. If you share everything about what you believe and you constantly air all your frustrations on the internet, you're not likely to be received well and you're likely to just put up more dividing walls. Save your venting for a more intimate community, for a setting in which you are known and accepted. It's just unhealthy to expose yourself the scrutiny of the world all the time. So share what's common, share the things about you that everyone can know, and conceal the other things for the eyes of those you truly know.

6. Take a posture of listening. Don't just spout off. Be intentional about listening to the perspectives of those with whom you disagree. Social media can trick us into forgetting that real people are on the other side of the conversation. While the connection is superficial, the affect it can have on another person is substantial.
Posted by wellis68 at 8/02/2012 04:04:00 PM