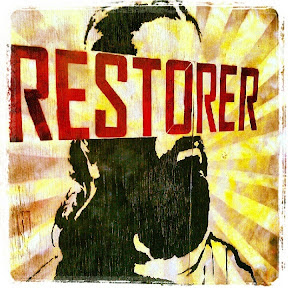 When Jesus came to the region of Caesarea Philippi, he asked his disciples, "Who do people say the Son of Man is?" They replied, "Some say John the Baptist; others say Elijah; and still others, Jeremiah or one of the prophets." "But what about you?" he asked. "Who do you say I am?" (Matthew 16:13-15 NIV)

This week I am up at camp with some of my high school students. It's something of a last hurrah for me since in less than a month I'll be on my way to Princeton, New Jersey for seminary. The theme up here at Forest Home revolves around the question of Jesus, "who do you say I am?" It's an examination of the true identity of Jesus in reality and the coming to terms with what we actually believe about him. Truly great stuff!

Here at High School Camp, a.k.a. Lakeview, the theme is "Jesus Inc." and it has to do with the irony of the popularity and pervasiveness of the name of Jesus and Jesus' refusal to live up to the expectations of dominant society. Michael Field, the director up here, has drawn some great connections between Jesus' subversive work and the basic idea of subversive street art. I've been processing, for myself, what this theme is all about and man, there are some profound connections!

"Who do you say I am?" is a question that rings throughout history. It's a question that transcends mere head-knowledge or abstract conceptualizations. It's a question that demands an experience, that demands actual inner and personal reflection. It's not a question of biblical confession or the acquisition of information, it is distinct from questions regarding tradition or even reason. It's the fundamental interrogation of the heart. If the question was "what ought you say that I am" or "what's the correct answer about who I am?" then every church-going person, anyone vaguely familiar with the Christian tradition would always and ever be able to provide a good answer. But as it is, a question of the heart, even the devoted Christian will at times, in their honest moment, have to confess that they do not believe what they know they should believe. They will have to rely on God's grace even in their disbelief, just as the father of the possessed boy who cried out, "I do believe; help me overcome my unbelief!" (Mark 9:24 NIV).

"Who do you say that I am?" is a question unconcerned with what you know, rather it is concerned with whether your heart actually believes what you know. The heart is thoroughly fixed in physical space. Nothing is real to the heart until it hits the ground of real life, until it infiltrates the world of physical space in such a way that cognitive denials and rational deconstructions are overwhelmed by the heart's experiential witness. The only answer to the question of Jesus, "who do you say that I am?" is one that can be displayed in historical expression and human experience. The world of abstract and philosophical proposition may only help to provide a lens for the interpretation of physical experience and history. But interpretation, as such, always waits for historical validation. What is proclaimed about God is provisional until it is displayed in reality by God. Paul, in 2 Timothy, attests to this reality...

"...This grace was given us in Christ Jesus before the beginning of time, but it has now been revealed through the appearing of our Savior, Christ Jesus, who has destroyed death and has brought life and immortality to light through the gospel." (2 Timothy 1:9, 10 NIV)


What we know about God is provisional until it is revealed in history, until it is validated in reality.

Jurgen Moltmann, in his ground breaking work entitled Theology of Hope, writes, "the fact that the 'end of history' is not yet here, but has only been forestalled in the destiny of Jesus, also makes the recognition of God in history into a knowledge that is always only proleptic, anticipatory character." He continues, "...all knowledge of God and the world has an eschatologically qualified 'provisional' character." He then goes on to say this about history, "history is then a 'creaturely tool in the free hand of God', the 'place of the knowledge of God', the 'place where the truth of his word of revelation becomes knowable in its execution." We know the truth of God when it is executed in history, when it is actually and physically put on display, until then it retains its provisional quality even though it may be grounded in reality by previous displays of the character of God.

We can rely on that which is provisional as promise, but even the reliability of promise is subject to the displayed reliability of the one who claims it. Israel relied on God to be a saving God. The promises of restoration were and are essentially provisional, awaiting their historical validation. The reliability of these promises is grounded in the displayed faithfulness of God in history. This is why, throughout the Old Testament, the function of narrative is so important. The reader is encouraged to trust the claims of God's faithfulness through the remembrance of that which has been made real. This, specifically, is why the authors so often appealed to the exodus narrative as the grounding for the trustworthiness of God.

In exodus, Moses encounters God in a burning bush. God speaks to him, tells him that God has heard the cries of God's people in slavery, and calls him to go to Pharaoh and demand their release. Moses, in fear and ignorance says, "Suppose I go to the Israelites and say to them, 'The God of your fathers has sent me to you,' and they ask me, 'What is his name?' Then what shall I tell them?" God's response to Moses was, "I am who I am. This is what you are to say to the Israelites: 'I am has sent me to you'" (Exodus 3:13, 14 NIV).

"Ehieh Asher Ehieh," translated here as "I am who I am," is a Hebrew phrase which evades certain translation. There's been plenty of ink spilled over how the phrase should be translated. One option for translation is simply,"I am who I will be" or even, "I am who I am about to be"--which, in its narrative function, amounts to a "just watch" from the voice of God. As the Psalm says, "taste and see that the LORD is good," so God says to Moses, you want to know who I am? Let me show you." God follows up his ambiguous title with a dramatic and epic display of liberating justice, freeing the people of Israel from the oppression of slavery.

The immediate answer to the question, "what shall I tell them?" was provisional insofar as its truest answer had to be put on display, it could only be known in its execution in history. The question of God's identity persists throughout the grand narrative of scripture. Its constant grounding in the story of Israel's liberation gives reliability to its provisional character although its answer's truest expression comes in the eschatologically salvific and utterly historical work of Christ on the cross.

Jesus' question, "who do you say that I am," echoes the question of Moses, "what shall I tell them?" To what point in the experience of humankind should we point for an answer but that of Christ's cross? The cross is the answer to the question. The cross is the physical execution of the proclaimed and yet otherwise provisional reality of God's identity. The "I am who I will be" is revealed when God's flesh is pierced by the steel of systemic injustice. When God meets us in our darkest place, shines light, and intimately takes the worst that death can dish out; ultimately defeating death through resurrection, the identity of God is revealed, and ironically so.

The irony of the historical validation of God's promise of blessing is that it occupies a space that has meant anything but blessing. It occupies a space reserved for the demonstration of imperial power. The cross was meant to make an example of Jesus. For Jesus to make an example of the powers that be and the the patterns of death's curse by dying on a cross is utterly backwards. As such, the cross and thus the identity of God has a subversive quality, a character not unlike the works of street artists such as Banksy and Mark Jenkins who are known for taking space previously reserved for one thing and infiltrating them with something entirely different. But the irony of such subversion is precisely what gives it such uniquely transformative power. The very presence of God on a cross is completely subversive to empire's claims to sovereignty. Christ occupies our darkness and introduces a radical light of blessing. Jesus inhabits a world of brokenness and hurt and graces it with healing and restoration. What "ought" to be is wonderfully hijacked by what actually is, by a truth proclaimed in the promise of God.

The question of God's identity, Jesus' question, "who do you say that I am?" is one so deeply connected to reality, one so infused with a demand of honesty, that it cannot only be answered only in word. It must also be answered in deed. Our confession is a provisional blessing. Jesus' response to Peter following his confession was "Blessed are you, Simon son of Jonah, for this was not revealed to you by flesh and blood, but by my Father in heaven" (Matthew 16:17 NIV). But such a confession must be followed by physical validation. For Peter the validation came in the unexpected way of the cross. But the weight of validation was not left there, just as it was not left in Egypt after the exodus. Jesus commissioned his followers to put the reality of the cross on display, to participate in his suffering so as to partake in his vindication. Jesus said to Peter, "do you love me? Then feed my sheep." Will we confess what we know about Christ, what we can articulate of the reality of God? Then we must take up our own cross and be the historical validation of the provisional reality, we must be the Body of Christ, we must respond to the question, "who do you say that I am?", by being in our own bodies utterly consumed by the body and blood of Jesus Christ. The truest answer to the question at hand is one that can only be demonstrated in the life of those who confess that Jesus is Lord.