The Church is Gay 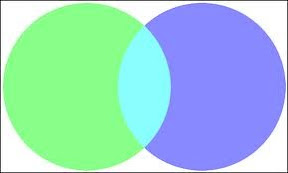 There's been an interesting discussion on my Facebook concerning my last post on the whole Chick-Fil-A thing. As the conversation continued and I began to hear from more and more of my friends and acquaintances, I realized a vital mistake in implication. I realized that in my previous post, I implied no overlap between the gay community and the Church. I implied an us-and-them relationship and completely ignored the reality that gay people are "our people," they're part of the Church. I ignored my own connection and solidarity with my gay and lesbian brothers and sisters. By doing so, I believe that I missed an important point in advocacy and justice... God's justice is one that actually shares identity with its object. It's not just sympathy from a distance.

Gay Christians tend to get ignored a lot in these discussions (which is ironic because their perspective should be the most valuable to us). Too often we imply or perhaps even assume that gay people aren't among us in the community of God's people. The fact is, they are! And because the Church is the Body of Christ, that means that we cannot identify ourselves in isolation from one another. On at least one important level, we are who they are! They are our family and we share the name above all names.

The good news is, we don't have to feel like we're opposing the church when we are advocating for gay rights. Indeed, we are supporting the church. The bad news is, we will be disagreeing with our own family no matter which "side" we choose to take.
Posted by wellis68 at 7/30/2012 12:59:00 PM