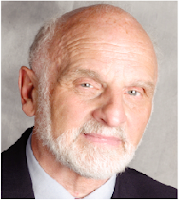 "Compassion constitutes a radical form of criticism, for it announces that the hurt is to be taken seriously, that the hurt is not to be accepted as normal or natural, but it is an abnormal and unacceptable condition for humanness. Thus compassion that might be seen simply as generous goodwill is in fact criticism of the system, forces, and ideologies that produce the hurt." -Walter Brueggemann

Churches talk a lot about compassion. I don't think it has reached the top of the priority list in most churches, it too often takes a back seat to theological orthodoxy and Biblical literalism, but compassion is certainly on the radar. I'm in youth ministry, so I hear about compassion a lot. I hear about TOM's shoes, cancer walks, ending slavery, gay rights etc. And thank God that this generation of adolescents has an eye for social justice, but I think that the church is missing an opportunity. Teenagers want their lives to be more than iPods and cool shoes, they're crying out for some direction on how they can actually do something about the problems that the world faces--problems like poverty, war, pollution, and dehumanization. But their cries reach deaf ears as their Youth Pastors try to fill their desires for justice with opportunities to repaint the church building, sort donations, or do yard-work for Mrs. Smith in the mobile home park.  I'm afraid that our "service projects" and even our "mission trips" are far too superficial and that they lack the courage that is necessary in true compassion. The work to which we invite the people in our churches is rarely work that will actually end in the eradication of poverty, the abolition of war, or the acknowledgement of basic human rights for the people on the under-side of our society and the systems of our world. Mission boards and Outreach committees need to live a little more dangerously because a day of cleaning up the local elementary school is good but it doesn't do much to challenge and criticize the systems and forces of injustice in our world. How many sermon or lesson series on justice or compassion actually call out with any clarity the systems and ideologies that are keeping people poor, killing people with coercive violence, and denying people the dignity they deserve? Do we ever encourage people in our churches to stand up against injustice or do we just tell them to be nice to people and make sure they know how they can go to heaven when they die?

Now, I realize how hard it is to do this in this polarized world we're living in. I realize that I'm essentially asking the church to "get political," and I am well aware of the issues that can arise when that happens, I know that it's important to disagree in a healthy way and to focus on the common ground, but it gets to me sometimes and I wonder if we're just taking the path of least resistance. Sure, I wish we could be neutral sometimes because it would make it easier for us to get along. And I admit that I have taken this path more often than not. But as Desmond Tutu put it, "If you are neutral in situations of injustice, you have chosen the side of the oppressor. If an elephant has its foot on the tail of a mouse and you say that you are neutral, the mouse will not appreciate your neutrality." If we're really going to love poor people, gay people, foreigners, immigrants, our enemies, and everyone else Jesus boldly called us to love, we cannot be neutral. Compassion requires more from us than simple gestures of superficial kindness. We can't just wish them well forever. We've eventually got to get up, take their side, and act! Perhaps we're not there yet in many churches. Perhaps we can't start a campaign against violence or against poverty in every church just yet. Perhaps the disagreement would become a distraction from the gospel. But the question is, are we on our way in that direction? Are we headed toward a unified stance on the side of the least and the last? Because if we're not headed in that direction, it's worse than distraction, we've lost the gospel already and we've definitely done an injustice to the very concept of compassion.

As Cornel West and Tavis Smiley put it in their book The Rich and The Rest of Us, "There can be no compassion without a resurrection of an explosively radical movement of righteous indignation directed at eradicating poverty." The missions in which we invite the people in our churches to participate must eventually be bolder than yard work and free meals. And it's got to be bigger than ideas. We've eventually got to speak and act prophetically against anything short of God's reign in which the slaves are set free, the hungry are fed, the blind have their sight restored to them, the swords are beaten into plowshares, and the spears into pruning hooks. Eventually the church has got to get a little rowdier in its work of compassion. In the end, if compassion is really important to us, it's got to become dangerous for us.
Posted by wellis68 at 6/19/2012 07:52:00 PM