The Tragedy of Divorce 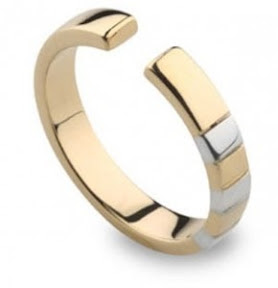 Today I get to spend the day with my lovely wife and our beautiful one-year-old niece, Emma. We decided to go spend some time at a local park where a few other families were hanging out. While I was swinging Emma on the swing set, I overheard a conversation between two single moms talking about divorce. One had been divorced for three years and was explaining to the other how unhappy they were when they were married and how important it was for their kids that they separated. They were also joking about newlywed couples saying that when they see two people holding hands they just laugh and say, "they just met" as though unhappiness in marriage is simply inevitable.
I couldn't help but be offended because, first of all, I am a child of divorce and although I love my life and my step-family is simply my family, it's difficult to hear a parent talk about divorce as something for the kids. The truth is, divorce is not good for the kids, it's painful and it involves lifelong processing, even if the alternative would have been equally or more devastating. Divorce is tragic and although it may relieve some ills, it's still something to be grieved. So the light-hearted celebration of divorce from the moms at the park was frustrating to me.
And secondly, I have been married to my wife for almost two years and although we are at the beginning of our relationship in many respects, I don't think either of us is ready to accept unhappiness as a given. We still hold hands, we are still crazy about each other and we plan on staying that way forever. I didn't appreciate their cynicism.
While I may not have had the right to be eavesdropping in the first place, the conversation I heard at the park really got me thinking about divorce. Like I said, it's a tragedy. It's tragic because it actively trivializes the deepest of human relationships--the relationship of family. But in our culture, we tend to rush to justify it. Criticizing the decision to end a marriage is ironically unpopular and carries its own stigma. And sure, we shouldn't pass judgement because in many respects, divorce is only a symptom of other variable problems. The truth is, people are as often its victims as they are its perpetrators. One party may not have much choice in the matter. But even with these things in mind, we should still not hesitate to name it for what it is and continue to work for a world where divorce does not exist.
Marriage is pretty much the only familial relationship abut which we have a choice and, as with most choices in the human experience, we have a tendency to abuse it. We don't choose our kids and we don't choose our parents. And while there is often great tension in those relationships, we don't often figure that we can just end them. We don't divorce our kids, our parents, our uncles. We are stuck with them and we have no real choice other than to live life in the direction of tolerance and reconciliation, dealing with the issues at hand. Now I wonder if because we choose our spouse, we feel more entitled in that relationship. Do we feel as though we shouldn't need to endure the same degree of tolerance or as though we shouldn't need to exert such great energy in forgiveness?
While I realize that marriage is a unique relationship and that it's a great blessing that we have freedom to choose with whom we share our intimacy and commitment, I also wonder if we have abused the privilege. I know it's not popular to criticize divorce and I understand the reasons. I understand that it has victims. I realize that some relationships turn toxic and must be severed even for the sake of reconciliation. But I wonder why we are afraid to name it for the tragedy it really is. If we don't recognize it as something that doesn't belong in a redeemed world, then we won't properly mourn it as such.
Marriage is tough. Just as with all family relationships, it takes some work and it needs nourishment for its development. Marriage takes tolerance, it takes forgiveness. Divorce is failure, it's tragedy... nothing short of it, and it has no place in a redeemed world.

Yeah... there may be some rare instances where it was better for the kids, but I think that card is WAY too quickly played nowadays.

Especially profound thoughts the day you head off to be in your friend's wedding. I hope you always knew that divorce was tragic to me. Unless there is abuse, it is never good for the kids. Even after they are adults, the brokenness remains for all involved. Forever and ever. May you and your children to come never bear that ugly wound. And may you always love the feel of your wife's hand in yours!