I don't really understand the American appetite for "fire & brimstone," but for some reason we've always had it. There's always been a market for the fear tactics and there's always been a brand of Christianity which operates on the assumption that people should be scared into the arms of Jesus, that if we don't talk about hell and damnation and if we don't sell an image of God as a judge who'll gladly punish folks for all eternity given the right excuse, then we're not really talking about the gospel. It's "turn or burn" as Charles Spurgeon put it. 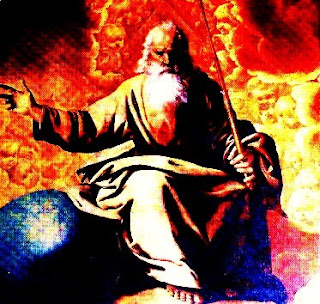 Popular versions of this theology are everywhere and they've come out in droves ever since Rob Bell wrote Love Wins and scared them out from hiding. Francis Chan is an obvious example. In his video from his "BASIC" series called "follow Jesus" (ironically made by the same people who used to make NOOMA videos), Fracis says, "The reason why I decided to follow Jesus is because Jesus said,... '...I'm gonna come back someday and I'm gonna judge the earth.' And when I read about his judgement... it's terrifying." In other words, Francis decided to follow Jesus out of terror, out of fear of being on the wrong side. And to be honest, that just makes me sad for him.

What a tragic way to come to Jesus! Picture it... the God who can be swiftly described as pure love, the God who invented forgiveness and thought up the concept of kindness, watching as God's beloved come fearfully begging, "please don't hurt me! I'll do whatever you want," as if God's holding hostages or as if God's an abusive spouse. What an insult to God! I can't imagine if my wife had said, "yes, I'll marry you, just don't kill me!" or "sure I'll be you're wife, what other choice do I have?" What sort of person must she think I am? What must we think of God? It's like we skipped the Gospels altogether and missed all the irony of Revelation.

Now, I'm sure that's not the whole story on Francis Chan. I'm sure that if he were being "perfectly honest" he at least eventually started following Jesus for better reasons. But nevertheless, there are too many in the church today begging God, the very God who loves them, to spare them. Too many treat God like and abuser. Too many have completely missed the point of Jesus. Jesus came, not so that we would be afraid of an angry god but so that we might see that God is not angry and that God is not a monster at all. Jesus came to show us that God is loving, kind, faithful, compassionate, and self-sacrificing. Jesus revealed that God would rather die than to take our life! If hell exists, it exists despite God, not because of God.

Despite what the evangelists try to tell you, Jesus is clear--God is good! It would be terrible to miss out on God's goodness. I don't follow Jesus for fear of hell, just as I'm not married to my wife out of fear of her wrath. Sure, I'd hate not to be married to Amanda, but I didn't marry her for lack of another option. It's not that I have no other options (although that is surely the case once you've discovered how dim everything else is in comparison to God's love). I am a Christian because I believe Jesus' message that God is good, God loves without limit, forgives when I cannot, and relentlessly & eternally pursues restoration. Kindness, forgiveness and, above all, love are the prescription for the world's brokenness and God is the author of such as these.
Posted by wellis68 at 5/18/2012 03:08:00 PM

Where is that initial quote by Chan about following Jesus out of fear found?