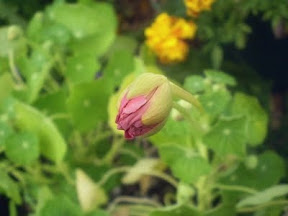 
Day 7 of Holy Week, or Holy Saturday, is one of the overlooked days of Holy Week but it carries an extraordinary weight of depth. It is unique in the fact that it is the only full day when Jesus is actually and legitimately dead, buried, gone. The disciples of Jesus, who had poured so much of their energy and so much of their hope and so much of their identity into this Jesus and the promises he made and implied, are utterly disappointed as they are forced to deal with the gritty reality that their messiah and king is utterly dead and defeated. The future they had expected and toward which they had worked has been erased and the canvas has been cleared, cleared of course for them to reconsider, to paint a new future for themselves and for the world. It is, if we are totally honest, an utterly hopeless day.

Now of course we know that resurrection is on the way. I'm not going to pretend that that's a surprise to us. But imagine if the disciples had not been forced to deal with Jesus' death, if they had not been given the chance for the failure and defeat of Jesus to settle in before they moved forward. Would his death have been real in their hearts had they not had some time to mourn over it?

To quote Gregory of Nazianzus again, "That which was not assumed is not healed; but that which is united to God is saved." It wasn't just death as a matter of fact that needed to be redeemed, it was also the reality of failure and hopelessness. If this work of New Creation had gone from one day to the next, from death as a matter of fact to life anew, without the real chance for grief and mourning, then the aftermath of Jesus' death, the Holy rest of shame, would not have been "assumed" and "united to God" for redemption.

In the same way that unexpected darkness in the middle of the day comes as relief to the eyes, Holy Saturday relieves us, gives us a free space to release our grip on preservation and success, to embrace failure and to grieve the erased hopes of a future no longer there. It allows us to rest with Christ as our failure and grief is assumed by God, and to bask in the upside-down work of restoration that was finished when Christ breathed his last breath.


On the seventh day God rested
In the silence of the tomb;
Having finished on the sixth day
All his work of joy and doom.
Now the world had fallen silent,
And the water had run dry,
The bread had all been scattered,
And the light had left the sky.
The flock had lost its shepherd,
And the seed was sadly sown,
The courtiers had betrayed their king,
And nailed Him to His throne.
O Sabbath rest by Calvary,
O calm of tomb below,
Where the grave clothes and the spices
Cradle Him we did not know!
Rest you well, beloved Jesus,
Caesar’s Lord and Israel’s King,
In the brooding of the Spirit,
In the darkness of the spring.
_N.T. Wright