The Bible and Homosexuality: 1 Corinthians 6:9 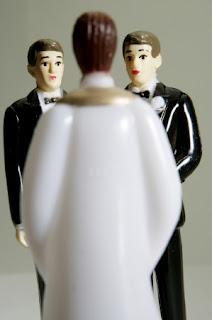 Continuing the conversation I started a couple of days ago...

When it comes to the biblical conversation regarding homosexuality, the most obvious passage in scripture with which we must deal is probably 1 Corinthians 6:9,


"Don’t you know that the unrighteous will not inherit God’s kingdom? Do not be deceived: No sexually immoral people, idolaters, adulterers, or anyone practicing homosexuality" (HCSB)

Or as the Common English Bible puts it, "...both participants in same-sex intercourse." So there it is, the word itself (or a definition thereof) right there in the Bible. Case closed, right? Homosexuality is a sin! That seems to be some people's perspective but I wouldn't leave it at that.

It never fails... whenever you get yourself in a conversation about homosexuality on Facebook or Twitter or in the blogosphere, someone will bring up this verse as though you've never read it and posit that it seals the deal. The fact is, however, many have read this verse, many who take the Bible very seriously, and have not concluded that it broad-strokingly means that homosexuality is a sin according to the Bible. Yes, Paul says the word, and yes, he lists it as a sin. But is Paul talking about the same thing we're talking about?

First of all, it's probable that Paul made up the word that he used, the one we translate as "homosexuality" from the Greek. And yes, people make up words all the time, even in academic settings... how else do you think we get new words (for instance, I made up "broad-strokingly" just a few lines ago and you knew what I meant). It's the Greek word Arsenokoitai  preceded by the Greek word Malakoi. While the above translations basically ignore Malakoi allowing it to act as something of a qualifier for the following word, the King James Version translates it as "effeminate" and it translates Arsenokoitai as, "abusers of themselves with mankind." Interesting that when the King James Version was translated, they came up with such a drastically different concept from those of the more modern translators. Either way, the best way to understand this word is (with Malakoi as a qualifier) "men who go to bed with other men" or, assuming that the masculine term is meant to be general, (as the CEB puts it) "participants in same-sex intercourse." It's possible that, as Robin Scroggs suggests, that this may be a literal translation of the Hebrew term "Mishkav Zakur," "lying with a male." If this is Paul's reference, then he is listing homosexual intercourse as a sinful act but likely with all the connections to temple prostitution from the Old Testament or with all the negative presumptions  as those of Philo who assumed that homosexuality was, as a whole, necessarily abusive and lustful in nature. Whatever the case, the translation here is not simple and we have no context from which to interpret it since nobody else used it in the ancient world and especially since Paul neglects to discuss it.

Paul does not reveal his presuppositions about homosexuality to us. He does not teach on the subject. He doesn't provide any contextual framework into which we can identify the specific circumstances surrounding the type of homosexual intercourse he's talking about. He just uses the term as though we're supposed to get it. We have no idea whether or not Paul would want us to include monogamous, Christian homosexual relationships into that concept. If we're honest, we can't be sure that Paul would have even had any context for a Christian homosexual couple.

This is where it comes in handy to remember that when we're reading Paul's letters, we're listening in on someone else's conversation. Paul knows his audience and we're not it. So when he lists "arsenokoitai," he doesn't expect to have to explain it to people living in 2012, speaking English, and inhabiting the other side of the world.

V.P. Furnish offers his own translation of the text,


"Don't you know that unrighteous persons will not get into God's kingdom? Don't deceive yourselves: neither the sexually immoral, nor idolaters, not adulterers, nor effeminate males, nor men who have sex with them, nor thieves... will get into God's kingdom. Some of you were like that; however, you have been cleansed, set apart for God's service, affirmed as righteous, in the name of the Lord Jesus Christ and in the Spirit of our God." (1 Cor. 6:9-11)

He then offers the interpretation that Paul's simply referring to a list of vices that Jews would commonly apply to Gentiles and that, in this case, he's specifically referring to "youthful call-boys and to their customers." Furnish continues,


"According to various ancient writers who condemn this practice [sex with call-boys], the one partner has violated the male role that by nature is his; and, by taking advantage of this, the other partner has also violated his proper role." (The Moral Teaching of Paul, page 72).

This interpretation, though speculative like any other interpretation, has a broader context. Paul definitely would have been familiar with men taking boys as sexual partners. Plenty of writings from the Roman period allude to this practice. Pederasty was essentially part of the education system during the Greek period and as it evolved in the Roman period it took on different forms, one of which "involved the sexual exploitation of a youthful male slave by his master, and the other involved the voluntary sale of sexual favors by a 'call-boy' to older male patrons" (Furnish, page 60). These youthful male slaves were kept effeminate (the word Paul uses in this passage) and were sometimes emasculated (even by Caesar on at least one occasion) and forced to dress like women (according to Seneca in Moral Epistles XLVII, "On Master and Slave," 7). Even if Paul was familiar with monogamous and otherwise ethical homosexuality, this exploitative sexual practice would have been the most familiar of homosexuality's forms in the urban centers of the Roman empire. Paul is condemning this specific unethical form of homosexuality, not homosexuality in general.

Whatever interpretation you find most convincing here, we must concede that all are speculative and there is no "face-value" reading of this text available to us today, though English translations are deceivingly simple.  As such, it is better to take Paul's list of vices as a whole rather than piece by piece (as is often the case with Paul's lists). Paul's point is sharply political. He is saying that the vices of our dominant culture should no longer be identified with Christians. Christians, as such, are bearers of what Walter Brueggemann calls a "local tradition" over against imperial identity (see Brueggemann's book, Out of Babylon). Taken as a whole, we may insert the vices of our culture into those words; namely corporate greed, sexual exploitation, dehumanizing objectification, revenge, war, etc.  Paul is critiquing the dominant sensebilities of a broken culture and we, without having to take apart the whole list and get hung up on mysterious words like "Arsenokoitai", are invited to apply the same identifying technique to our culture.

In any case, there is not a strong enough hook here on which to hang an argument against the legitimacy of ethical homosexuality. Again, as with Romans 1, what Paul is condemning is definitively unethical and therefore cannot be applied to otherwise ethical homosexual relationships.
Posted by wellis68 at 4/12/2012 01:08:00 PM