The Texture of our Faith

I am fascinated by religious people. That may sound kinda funny coming from me, a religious person, but even though I am a religious person, and authentically so, I don't really feel like a one. Of course, everything is religious. Even an atheist can be religious if you define religion in terms of what ideals and practices shape us. But I guess that the reason I don't feel religious is because of the texture of my faith. 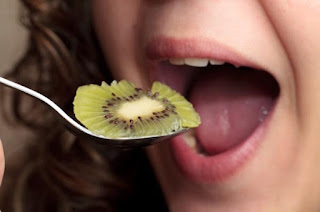 Texture is important. Just about everyone has a few food items on their list that they just won't eat. Not because it tastes bad but mostly just because of the texture. For some it's pickles, for others it's sushi, for others still it may be yogurt. For me, it's mushrooms... ok, let's be honest... it's not just the texture. Mushrooms are gross. Whatever it may be for you, texture is often as important as taste and it is the same with faith and theology.

There are pastors out there with whom, if you really nailed us down, I have lots of theological common ground. For the sake of the argument, lemme name one: Miles McPhereson, of the Rock Church in San Diego. I think of him only because I can specifically remember hearing him speak at an event and I was just not comfortable with him. His message may have been good but I couldn't get past the texture. I remember thinking, "I guess I don't disagree with that... but I'm not sure I can say I agree with that either." It's like he was just not really speaking my language. For example, he was clear that he believed in conversion and I guess I believe in conversion too. At some point, your faith has to become your own, you've got to let go of your selfishness and embrace Jesus... even if it's a long process or if it happens before you can remember. You could say that we have some common ground on that issue from at least one vantage point. But the texture is different. His way of talking about conversion was just a bit too rigid and rough for me, even though it wasn't necessarily wrong. I prefer a faith that's a bit more squishy. Even though I believe certain things with conviction, I am uncomfortable with insensitivity to the theological spectrum. I imagine that religious people, the sort of whom I'm thinking now, like things to be firm and crunchy and well defined... the kind of faith you've got to crack open with some pliers before you can eat it, the kind you wouldn't want to get mixed up with all the other things on the plate. But I prefer things to be flexible, smooth, and easy on the gums. I prefer an articulation of faith that's a bit more fluid, that still tastes good (though distinct) when it comes in contact with outside ideas.

Now, I don't meant to suggest that our faith should be wishy-washy or weak. No. I think that we can be passionate in our convictions and utterly dedicated to them. But how we articulate our faith, what ingredients we allow to sit at the center, how it goes down the tube is just as important as its content. As such, I can think of a few people that don't believe the things I do and yet I'd still be more inclined to listen to them and share things with them than I would with some of the people with whom I agree. Though I might have more in common with "church people," I'm more attracted to straight-up heathens if the texture if their conviction is soft enough and fluid enough for us to share a conversation. It bothers me when someone acts shocked by my ideas and then maintains a posture that says, "you should think like me." I get that from religious people more than I get it from anyone else.

So think about it. What's the texture of your faith. Is it hard? Is it worth those bleeding gums? Or is it soft and smooth? Gentle and kind? However tough Jesus may have been, however "manly" he was (I know that it's trendy right now to talk about "manly Jesus"), he was at his core a gentle, humble, and kind individual. Though he wasn't gonna budge in his conviction, the texture of his faith was just as pleasing as the taste of his message... the good news.

May our texture be consistent with the flavor of the Gospel--the good news that God has not given up on us and that we are purely and utterly loved by a God who's greater than death.
Posted by wellis68 at 3/27/2012 06:54:00 PM

I've heard Miles McPherson and he made me squirm in my seat too, a little. Very black and white. Which I guess is what some people want to hear... I prefer more nuanced, dare I say "smarter," presentation of ideas...

Staci,
"Smarter" is a good word. I like "sensitive." I think that sensitivity to the broad range of ideas and contexts might be synonymous with a smarter presentation. Thanks for stopping by!