The Kingdom of God Is Our "Nationality"

"...Amid the limitless prosperity of the U.S. economy (an expectation when not a fact), it is profoundly problematic to hold to a tradition hat features sacrifice for the sake of holiness and justice for the sake of the neighbor"
-Walter Brueggemann (Out of Babylon, page 16) 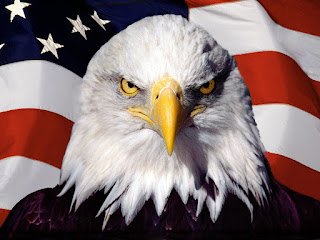 You only have to listen to the current 2012 election hopefuls, including the current President, for a couple of minutes to find out what's important in this country. Our obsession with our own prosperity and our expectation of dominance has reached the forefront, now more than ever, in the current political and even moral discussions. Even the recent discussion concerning the Catholic Church and the federal mandate for health care to include contraception for women is wrapped up in the concern for economic growth or lack thereof. We have become so preoccupied with our own prosperity in some warped framework of national universality that it has become all the more difficult to voice clearly the value of looking outside of ourselves and into the situations of our neighbors and to truly be for others. Invitations to compassion and sacrifice such as the one in Philippians 2:3--"Do nothing out of selfish ambition or vain conceit. Rather, in humility value others above yourselves..."--have become more convoluted and easier to ignore, at least on a systemic and political level. The concept of sacrifice is dismissed in the name of capitalistic "freedom." The call to identify with "the least of these" has become associated with socialistic ideologies. This is how empires exert their dominance, they consume even our vocabulary and use it to their benefit.

The fact is, if we cared about the poor as much as we have cared about the dominance of our economy and our military, we'd probably be less concerned with the preservation of the prosperity of a few, and more concerned with meeting the needs of the people around us. The pragmatic "realist" will say that a country must be about self-preservation if it is going to continue to function... it must accept the plight of the poor as collateral damage of economic growth. And we must be clear that this is true in order to be doubly clear about the Church's identity as fundamentally alternative to the values and policies of the empire.

We must be clear that when political figure-heads spout off about "freedom," "liberty," and prosperity, they are selling something that the Church, in it's truest form, simply isn't buying--something quite different than the free grace and boundless love of God through the crucified Christ. This is a major challenge in America because the church here has so profoundly forfeited its imagination and identity to the American consciousness. America is not the moral home of the follower of Jesus. Heaven is our moral home... perhaps more clearly, the Kingdom of God is our "nationality." I'm afraid this concept is all but lost in the American church.
Posted by wellis68 at 2/10/2012 01:49:00 PM