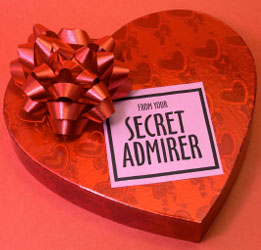 Jesus has more than a few secret admirers...

Surely there are those who claim the "Christian" label who actually, in reality, have very little admiration for the things Jesus taught (for example, I've met a few "Christian" people who are actually pretty open about their disdain for the concept of forgiveness and love of enemies). But, on the flip side, there're more than a few people who admire Jesus' teachings but wouldn't want to admit it for fear of being labeled "Christian" and everything else that comes with it.

I'm afraid that we have attached too much to the definition of Christianity. At least from where I'm sitting, If you're a "Christian" it's safe to assume that you're against gay rights, against abortion, against egalitarianism, against pluralism, you vote republican, you like Kirk Cameron and Tim Tebow, you read the Bible all the time, you pray before your meals, you're "saving yourself" for marriage, you think global warming and evolution are pesky farces of scientific heathenism, you're obsessed with the afterlife, you're anxious to see that everyone eventually believes what you believe so that they can go to heaven, you're convinced that people who don't believe like you believe will suffer in hell for all eternity, you only listen to Christian music, and you don't drink beer or masturbate... without feeling guilty afterward. AND... you believe in God (we'll get to this one in a second).

Now, with a list like that, who in their right mind would want to be a Christian!? Sure, some items on the list may be more appealing than others (like if you live in Denver... freakin' Broncos...). Sure, there are items on that list which, in the way of Christ, may eventually become quite important (like belief in God and appeal to Scripture) but  I'm unabashedly Christian and few things on that list come anywhere close to describing me. How on earth did all of that get piled on to what, in simplest form, does not necessitate all of these?

And yes, I did include belief in God. Now, while I believe that to be fundamentally important on one level, I don't believe it should serve as a barrier to Christianity. We have to realize that this is a fairly new conversation in history. For a long long time, it was assumed that there was a god or gods behind the scenes of our reality. So for a long time, Jesus was not about proving God's existence. Jesus was about showing what God was really like and showing that this God's way was better (ironically so) than the gods of the empire and the religious establishment. So whatever you call them now, maybe ideologies or politics or cultural presuppositions, there are still "spiritual" realities behind the scenes of our current context. And Jesus, just as before is not as interested in proving God to people as he is in showing that his way, the way of justice and peace and love and forgiveness, the way of God, is better than the way of the "gods" of this world--greed, oppression, violence, chaos, and dehumanization. An atheist can agree that Jesus' way is better even if their not going to ascribe to any "religious" or conventional definitions of God. An agnostic can look at Jesus and be compelled to be like him, even to follow him. Belief in God, in the traditional sense, is not an essential of the Christian faith. The essential is that we take the step and follow in the way of Jesus. A christian is someone who is in the process of becoming like Christ and is thus in the process of learning from him and emulating him--it is a process in which around every corner lies fresh and surprising grace and a love that cannot be apprehended by objective appeals  but only by the experience thereof.

Christianity, in its simplest form is grounded purely in a desire to be like Christ and thus to follow him.

So you're an agnostic? Do you believe that love is better than greed and apathy? Fine... I invite you to be a Christian. So you're an Atheist? Ok. Do you believe that "right temporarily defeated is stronger than evil triumphant" (Martin Luther King, Jr.)? I invite you to follow Jesus. Engage in this kind of life and see what emerges... it may surprise you. You may begin to live into a new way of thinking.