Take Christ Out Of Your Christmas 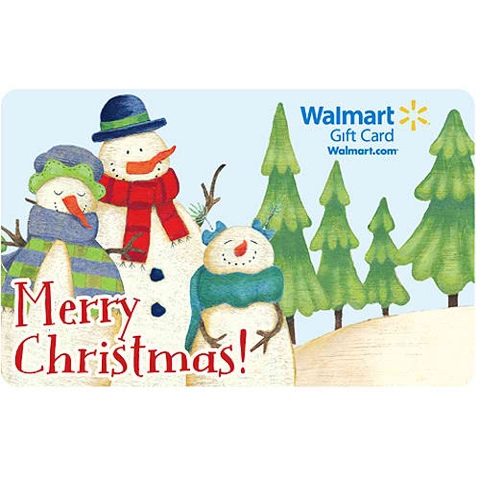 Every year in December I hear the same complaints and sarcastic remarks associated with Christmas and public socialization, specifically the kind that happens between check-out clerks and their customers. I'm talking about the "Merry Christmas" vs. "Happy Holidays" argument. In an attempt to be more inclusive and neutral in the public sphere, most stores and businesses has adopted the phrase "Happy Holidays" in place of "Merry Christmas." Well, despite their good intentions, I think they've done more to piss off conservative evangelicals and just plain old conservatives than they have to make others feel included in a Christmas-dominated season in society.

Every year the complaints resound right alongside the jingle bells, "why don't they just say Merry Christmas?" "They're taking the Christ out of Christmas!"
Maybe you don't hear these complaints as often as I do, after all, I do live in Ramona... The Texas of Southern California. But take a step back... do we really want Walmart and Target to acknowledge Christmas? Do we really want Christmas to be associated with these sorts of places... or with so-called public places anyway?

To sort this out, I think we need to get particular about what Christmas is all about. Christmas is about the birth of Christ. Too cliche? Well, to put a bit more freshly, it's about the incarnation, about God's radical act of coming near to us in a poor man from Nazareth. It's the indwelling of the presence of the particular God of Israel into reality... a presence which does nothing if it does not transform reality as we know it. More yet, it is about good news! Good news especially to the poor. This is the implication of the angel declaring to poor shepherds, "I bring you good news..." (Luke 2:10). And, after all, these are among Jesus first words concerning himself, "God has anointed me to bring good news to the poor" (Luke 4:18). As far as Mary is concerned Christmas is about that which Fox News would refer to as "class warfare." In her own words, "He (God) has brought down rulers from their thrones but has lifted up the humble. He has filled the hungry with good things but has sent the rich away empty" (Luke 1:52, 53 TNIV).

Quick rant: class warfare is real and neutrality is not an option. The poor are being trampled upon, even as you read this post, and whether you are rich or poor, you'd better choose the side of the poor... that is the side which God has chosen in Christ! ...and God's gonna win.

Now back to Christmas.

If we can agree that Christmas is about good news to the poor and about engaging in the presence of God and it's profound transformational affect on everything, then we'd better distinguish a difference between the Christmas of Christ and the American Christmas. There is a drastic contrast.

Americans spend approximately $450,000,000,000 (that's $450 billion... I like putting all the zeros for dramatic effect) on Christmas presents, lights, wrapping paper, etc. making Christmas time very very good news... for the rich. The corporations and big businesses thrive on consumerism because of their unique ability to drive a harder bargain than small businesses and fair trade organizations. Yes, Christmas is a very merry time for Walmart. But if they were to say "merry Christmas," we'd have to recognize definitively that their Christmas is different from that of Christ. After all, how well do you think they understand or engage in the concept of the incarnation of God? If Marry knew what she was talking about at all, Christmas should actually be bad news to Walmart and, likes of them, and to the American machine in general.

The American Christmas stands in stark contrast to the Christmas of Christ. As such, it would be nonsensical or even offensive for Christmas to be given lip service from some industrial giant or retail megastore. In a way, the public phrase, "merry Christmas" should be more offensive to Christians than to anyone else. Do we really want our holiday to be associated with the opulence we see in shopping malls?

So I say, thank you for saying "happy holidays." Thank you for taking a tiny step away from associating Christmas with whatever "holidays" you're celebrating. And go ahead and take the Christ out of your Christmas... liberate the radical, counter-cultural, good-news-to-the-poor incarnation of Christ from the ravages of the American Christmas.
Posted by wellis68 at 12/07/2011 12:15:00 AM

and in other news...
http://consumerist.com/2011/12/yep-the-easter-candy-is-out-already-at-safeway.html

I am not too sure any of us knows what Christmas really is anymore. I think capitalism has successfully co-opted it. Stick a fork in it, Christmas is done.

David,
Wow... that article is disturbing. Spring is in the air? Really?!