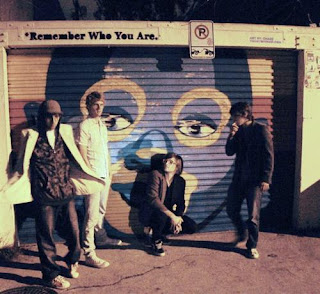 Today Amanda and I were driving back to work from our lunch break (it's so nice working at the same place right now) and on the radio we heard the song S&M by Rihanna. It turns out the song is about exactly what its title suggests with no apparent symbolism. Any sampling of the lyrics would get the point across but the chorus probably represents it sufficiently:

Now although the song is extremely catchy and that vocals are impressive for its' genre, I think most people would say the song is inappropriate for children. If we're going to censure anything, wouldn't you expect a song about sadomasochism to be on the naughty list. Perhaps I've officially become an old man, but it troubles me that the teenagers I work with are listening to this song. Sure, there aren't any "explicit lyrics" in terms of profanity. In fact, some may see it as a remarkably clean song. No "F" words or anything like that. Of course, I'm not surprised that the song is still on the radio and of course we still finished listening to it.

What was surprising, or at least ironic, was what we heard next. The song was "Pumped up Kicks" by a band called Foster the People. It was a good transition because it was a song we both like, in fact I'm really into this song right now. it's more of a folk-rock sound, I guess... definitely different from Rihanna! The song isn't particularly negative, although on the surface it seems to be about a disturbed kid going on a killing spree (and that's actually what it's about), it may even have some subtle social commentary. The lyrics go like this:

It's smarter in just about every way than Rihanna's stuff and I think it may even have the effect of making you think... and not about Rihanna dressed in leather. But incredibly, "Pumped up Kicks" was censured. Whereas there were no edits or omitted lyrics from a song about sadomasochism, Foster the People had some words that the radio thought needed to be covered up. It wasn't the "F" word or even the "B" word. The two words that someone out there didn't want children to hear were... get ready for this... "gun" and "bullet." Really?! Yes, indeed. I couldn't get over how ironic it was having just listened to an entire song about chains and whips. Apparently violence is ok if it's in the context of sexual pleasure but we wouldn't want children to think it's ok anywhere else. Do you see the inconsistency here and the strangeness of it all.

Of course, to me this has little to do with radio censuring. I think parents should do better than to leave the rearing of the children to the discretion of the music industry. But this ironic transition reflects something bigger about our culture. We're ok with dealing with things in isolated incidents, but we have trouble with the big picture, with the systemic perpetuation of a given problem. we watch carefully for individual words but we play dumb when it comes to the whole song. We see this in economics, in government, in the Church, in the education system, and in almost every sector of dominant culture. It has been a tradition in the church to get frustrated with specifics but to remain ignorant about things that are less visible but even more important.

I'll never forget a story I heard about Tony Campolo (I may have even witnessed this story once or twice). He was speaking at a conference to a room full of pastors and seminarians about how the Church alienates those who need Christ the most (if such a sliding scale is even fair to imply). He was talking about a prostitute who was invited to go to church and her response was, "why would I go to church? So I can hear how bad and worthless I am? I think I get that enough out here." Tony proceeded to comment on how terrible it was that she'd perceived church as such a toxic and judgmental organism. Campolo said, "that's just wrong... that's shit!"After an awkward pause he said, "what's worse is that more of you in the room are concerned about the fact that i just said "shit" than are concerned about the state of the church. (The story went something like that, anyway). If something is clear to us and has a simple solution we are quick to the trigger. But when issues get bigger and more systemic we become sheepish and paralyzed from delving into the complexities and, often enough, the painful difficulties of working through an issue. yet, this is precisely what Jesus was all about. He took his body to the very heart of the biggest systemic issue of all and painfully and lovingly embodied its' solution.

Jesus didn't get mad at the woman who was caught in adultery. He confronted the whole system in which this woman was found. He dismantled the authority that sought to condemn her when her sin was obviously the more visible and easy-to-solve issue. And Jesus did more than condemn the woman of sin, he actually freed her from it.

It's much more discomforting to replace a whole song than it is to omit a word or two. But the reality is that God wants to change the whole song. God wants to see the whole system replaced. That's what the Kingdom of God is all about. It's a song that God is singing over all of creation. it simply won't harmonize with any lesser song and so those of us who've found this kingdom can settle for nothing less. that is why we must take up a cross in order to enter such a kingdom. Because it's only on a cross that the complexities and sufferings of life can be caught up in and overtaken by the love of God. It can't just be about how you spend a dollar. It has to be about dismantling the whole system in which the rich devalue and dehumanize the poor. it can't just be about getting someone out of office and getting someone else in. It has to be about deconstructing the false values of a spoiled and deceitful nation with a bad case of amnesia. It can't only be about managing our sin. It has to be about being made new in the Spirit of God.