Justice is More Than a Trend 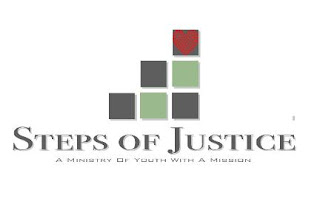 I had coffee today with a guy named Phil Cunningham, one of the most genuine guys I've had the pleasure of meeting recently. Phil has been connected with Youth With a Mission for years and he has more recently started an organization called Steps of Justice. He's all about making justice not only practical but real... not just thinking of mission as a "rescue mission" but realizing that it's just as much about you and me as it is about the people suffering from extreme poverty. It's about everyday life, living justice one step at a time. Thank God that, in Christ, we have the freedom to take it one step at a time--to start small like a mustard seed and watch God bring new life.

One thing that came up in our conversation was that we're both noticing how trendy justice has become. Even in the evangelical church, social justice is popular, it's "sexy." Both of us are excited about this but, at the same time, it makes us nervous. It makes me nervous that social justice is trendy because trends tend to end. But when justice stops being so sexy, when buying Toms and wearing Youme stop being cool, the poor will still be among us and suffering will continue. There will still be need in the world after we go back to our boringly luxurious lives. But there is hope as long as there are some people out there who are nervous about the trendiness of justice. There is hope as long as there are those for whom this stuff is not a passing craze.

God doesn't stop caring and God doesn't stop hurting until everyone's fed, healed, befriended, clothed, visited, humbled, and given the dignity of being treated like a person created in the image of the God of the universe... neither should we!
Posted by wellis68 at 1/11/2011 07:18:00 PM