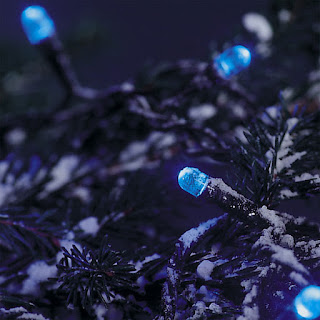 One of the great unspoken truths about the Holiday Season, particularly Christmas, is that it's often quite painful. Many, many people feel alone, abandoned, lost, or simply depressed around Christmas time. Perhaps they're consumed by memories of time with ones recently lost, perhaps they're overwhelmed by pressure to give their family a good Christmas but they're unable to do so to their standard due to lack of funding, lack of stability in their family relationship and identity, or lack of the ability to "measure up" to the standard set by holiday fantasies. Or perhaps they don't know why, but nevertheless, they're just not happy around Christmas time. So often, the "Christmas cheer" and the "Christmas spirit" of joy and unveiled happiness just overshadow the pain so that our suffering is forced to take a back seat and we're given no safe space to deal with it lest we be called a scrooge or be seen as a downer.

What would it look like for us to give ourselves and others the space to put our pain in the open and yet still find hope together in the Birth of Christ? What healing we would find if we could only be open about our feelings of loneliness and depression. Perhaps that's the best reflection of the "Christmas Spirit" and the "reason for the season." Jesus, in fact, did not enter to the scene of a happy-go-lucky, jingle-bell, ho ho ho kind of a world. The world in which Jesus was born was one of struggle, oppression, confusion, abandonment, frustration, and pain. Caesar was in charge and his system wasn't working for everyone. In fact, most of those under Caesar's rule, especially the Jews, were poor and hungry. Peace came by way of the sword and so conquered peoples such as those in Israel, were still recovering from and mourning Rome's peace--grieving their losses. They were taxed and taxed again and on op of it all, worst of all for the Jews, they were being ruled by a Pagan king which translated for them into the failure of their God--which would have led to the answerless question, where is God? How much worse could it have been? Well, it was into this dark world that Jesus, the light of the world, was born.

I think that when we realize the story in this way, we can find incredible hope. We can embrace Jesus not from a position of holiday cheer but from the same position from which Mary received him, that of pain and chaos. We can truly and honestly allow Christ to enter our darkness rather than trying to hide our darkness from the world and from him.

At our church, this year we're having a "Blue Christmas" service on December 12. It's going to be a place where we can openly and honestly acknowledge the pain of the holidays and simultaneously rediscover the hope of Christ. We'll remember together and realize that we're not alone in our struggle. It's not exactly the holiday celebration you'll find glorified on the Disney Chanel, but it may actually be the best and most honest way to celebrate the birth of a savior.
Posted by wellis68 at 12/03/2010 07:33:00 PM