The Way to Peace 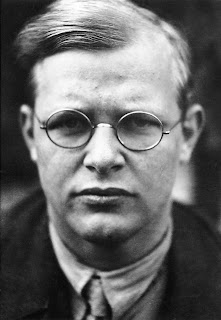 "How does peace come about? Through a system of political treaties? Through the big banks, through money? Or through universal peaceful rearmament in order to guarantee peace? Through none of these, for the single reason that in all of them peace is confused with safety. There is no way to peace along the way of safety. Peace is the opposite of security. To demand guarantees is to want to protect oneself. Peace means to give oneself altogether to the law of God, wanting no security, but in faith and obedience laying the destiny of the nations in the hand of the Almighty God, not trying to direct it for selfish purposes. Battles are won, not with weapons, but with God. They are won where the way leads to the cross. Which of us can say he or she knows what it might mean for the world if one nation should meet the agressor, not with weapons in hand, but praying, defenseless, and for that very reason protected by 'a bulwark never failing." (Dietrich Bonhoeffer, A Year With Dietrich Bonhoeffer, June 19th, page 185)

No wonder Dr. Martin Luther King Jr. was so profoundly impacted by the writings of Bonhoeffer. Imagine a world where people take up the cross--"the violence of love" (to borrow a phrase coined by Oscar Romero)--rather than the violence of hatred. Imagine if working for peace became the real goal of the nations over against the goal of ensuring security (which is really just securing power). Just imagine that...
Posted by wellis68 at 6/19/2010 08:18:00 AM

Email ThisBlogThis!Share to TwitterShare to FacebookShare to Pinterest
Labels: Bonhoeffer