Savior On a Donkey 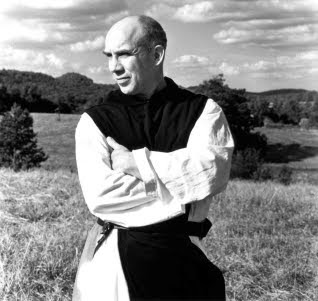 "What is the use of postmarking our mail with exhortations to 'pray for peace' and then spending billions of dollars on atomic submarines, thermonuclear weapons, and ballistic missiles? This, I would think, would certainly be what the New Testament calls 'mocking God'--and mocking Him far more effectively than the atheists do. The culminating horror of the joke is that we are piling up these weapons to protect ourselves against atheists who, quite frankly, believe there is no God and are convinced that one has to rely on bombs and missiles since nothing else offers any real security. Is it then because we have so much trust in the power of God that we are intent upon utterly destroying these people before they can destroy us? Even at the risk of destroying ourselves at the same time?" Thomas Merton (A Thomas Merton Reader Page 280.)

Although, as you may have gathered, Merton's context is the Cold War, this quote still carries so very much truth for our time. We, ironically and especially those of us who "support" the military actions of the U.S. in places like Iraq and Afghanistan, like to piously profess ourselves to be a 'Christian nation"--perhaps in order to position ourselves on some kind of moral high-ground. Yet, simultaneously, as Merton points out, our "defensive" actions suggest that we trust all too little in the power of God and in his vision for the world--made manifest in the peace-loving Christ who entered the most violent region in the world riding on a donkey--and all too much in bombs and missiles for our security. We suppose, perhaps, that God lives in heaven and must therefore not have much interest in the bodily affairs of those created in his image. This supposition is quite contrary, however, to the doctrine of incarnation--the confession that Christ was God in flesh and blood--which we often profess in our churches.

To profess God on Sunday and kill our neighbor on Monday is nothing at all short of hypocrisy. But we have masterfully disguised our hypocrisy, or perhaps justified it, with "realism" and cynicism. We prove, with every dime we spend on weapons and warfare, that we do not believe the phrase we've printed on our bills, "in God we trust." Maybe our sense of this is what drives us to keep on printing such a phrase on our currency--we cover our guilt with pious phrases, perhaps hoping to animistically manipulate some spiritual forces to work in our favor.

The fact is, we don't trust. We don't buy into the claims of resurrection professed by those first Christians long ago. We don't believe that death does not have the last word. And so it is, out of our fear of death, that we continue in our quest for military sovereignty. Violence is the pattern of the world in which death has the last word. Non-violence is the pattern of God's kingdom, quite unique from this world while at the same time, through the incarnation, immanently colliding with this world. Merton writes elsewhere that "at the root of all war is fear." Fear, however, does not belong for "perfect love drives out fear" (1 John 4:18) and resurrection is the invasion of our fears by perfect love.

To trust God is to live as though the resurrection is true, as though death does not have the last word and as though hatred does not belong. True trust in God exposes our "realism" and cynicism for hypocrisy and gives us the freedom--freedom from the fear of death--to dream beyond our obstacles and imagine a world filled to the brim with perfect love, the love of the God who created it, and then to live such a dream in a world of violence... like a savior on a donkey.
Posted by wellis68 at 4/05/2010 07:12:00 PM