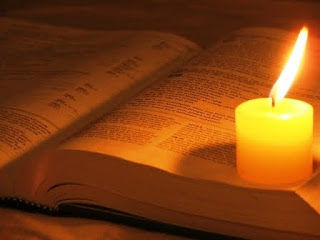 Right now our church is going through Bill Hybels' book study, Character: Who You Are When No One's Looking and it has been good for our midweek bible study group. Last night the discussion centered around discipline, which Bill defines as "delayed gratification." Delayed gratification is a powerful thing which takes patience and even planning to pursue. If I want to run a marathon, I'm probably not going to succeed if I say, "I'm gonna run a marathon tomorrow." I have to plan my training, actually train, and keep the big picture in mind as I struggle through each and every painful and necessary step.

Now, of course, most people in our discussion last night brought up things like running marathons, losing weight, having a consistent prayer and devotional life, etc. But I, being the Bible nerd that I apparently am, thought of exegesis and social conclusions. I thought of studying the Bible and how we make social/theological/ethical decisions based thereupon.

N.T. Wright talks about delayed gratification sometimes when he's teaching young students. As he teaches, Wright weaves in and out of weighty historical and geographical information. He deals quite seriously with the context and the ideas that were floating around in the days of the scripture's composition, which did or may have influenced what the author understood of his or her own writing and what the readers would have extrapolated from it. As he does this, he realizes that some, if not most, students of scripture are trained to study scripture as an answer book of which the primary question is "what's it me to me today?" So Wright reminds the students that studying scripture is about delayed gratification. As with the example of running a marathon, we can't expect to succeed if we say, "I wanna know what it means for me today, now!" Rather, we need to know that it takes some training, first of all, and that it also takes planning. We need to have a plan of what questions we must ask of the scriptures and in what order. It will take time, it will be painful and even boring to some (especially as we come across historical insights that seem to have no baring on our perspective today), but if we keep the big picture in mind as we go through the steps, we are more likely to succeed in discovering a healthy conclusion, with all the tension and struggle.

As I teach the students in our youth ministry, the first question is "what did the author mean?" The second question is "what did the original readers get out of it?" And then, finally, we can ask "ok, what's it got to do with us?" (and sometimes, depending on the passage we're studying, that can be the toughest question of all) As we ask those first two questions, we'll sometimes be puzzled as to what it could mean for us. For example, in the story of the flood, as we ask what the author meant and what the readers got out of it, we discover that the author and readers really believed that the Earth was a floating disc which had a dome over it (an "expanse") which separated water from water, hence the fact that the texts says "the springs of the great deep burst forth, and the floodgates of the heavens were opened." Indeed, the windows of the dome were opened so that water could come down through it and the springs beneath the Earth were opened so that the waters of the tehom could come back over the land. Now what's that got to do with us? Now, we know, that stuff isn't even scientifically true. The earth is a globe and rain doesn't come from space above some dome, it's just precipitation from the atmosphere. Uh oh, what's up with that? But once we've asked those questions, even though it may seem like their conclusions would be irrelevant to our perspective, we see that the flood isn't just about rain and springs... it's about de-creation. "So God made the expanse and separated the water under the expanse from the water above it" (Genesis 1:7). It's about history going in the wrong direction. And it ends up being about a God who is willing to interrupt that process with a covenant of restoration. Because of our discipline in asking the right questions in the right order before jumping to a conclusion, we find an even deeper teaching there about who God is and what God is like.

Now, if we're going to be just as disciplined about social and ethical decisions, then we're going to run into even more frustration. We're going to have to relinquish our need to be right all the time and we're going to have to let go of the pressure to have an immediate opinion about everything. We're going to have to embrace a great deal of humility in order to really listen. It's easy to skip to the end of the process and come to a conclusion in which there is a clear right and wrong. But as we study scripture with the world on our hearts, we're bound to find some tension and we must hold that tension throughout our decision making process. Both extremes lack discipline in this way... look at the homosexuality issue, for example.

It's one thing to study the Bible "for yourself." This is the great freedom we've received from the Reformation. But it's a whole different thing to study the Bible "however you want." When we interpret it how we want, without a plan and without grounded contextual examination, we're bound to arrive at undisciplined and easy extremes.
Posted by wellis68 at 4/29/2010 11:47:00 AM

And you wonder why you're not sure if you're an Evangelical? LOL Seriously, this is solid stuff, Wes; very thoughtful and, in my opinion, right on the mark.

You wrote: "Now, if we're going to be just as disciplined about social and ethical decisions, then we're going to run into even more frustration. We're going to have to relinquish our need to be right all the time and we're going to have to let go of the pressure to have an immediate opinion about everything. We're going to have to embrace a great deal of humility in order to really listen. It's easy to skip to the end of the process and come to a conclusion in which there is a clear right and wrong. But as we study scripture with the world on our hearts, we're bound to find some tension and we must hold that tension throughout our decision making process. Both extremes lack discipline in this way... look at the homosexuality issue, for example"

Well said, and I mostly agree. The danger here, though, is the implied notion that Truth is achieved through thesis, anti-thesis, synthesis.

Also, one side will continue to talk until they get what they want, and often if you compromise on one point it encourages them. American Christians seem to have no notion of "get thee behind me Satan."

From an N. T. Wright interview: "Paul has some fascinating passages about living with difference within the people of God. In 1 Corinthians 8-10 and in Romans 14, he talks about being prepared to accept one another as brothers and sisters, to eat together and to worship together, despite having differences on whether to eat food offered to idols, to eat meat at all, to drink wine, to keep special holy days, etc. Many people have tried to say, there you are, Paul has this principle of tolerance, and we should simply tolerate one another within the body. There are two problems about applying that right across the board. One is that Paul himself doesn't apply it right across the board. There are many issues on which Paul says, there are no two opinions about this, this is the way it is. If people go a different route, then they are excluding themselves from the fellowship of the church and the church should ratify that."

As an Ambassador of Christ, I have to first ensure I hear His voice. I can negotiate, in a limited way. Imagine I'm telling a non-Christian about the resurrection, and they say "Can I be a Christian if I don't believe that?"

The answer is no. No discussion, no sharing stories, no "join the conversation" (as the ELCA says).

Humility and brotherly love are core and key, but sometimes the answer is no. Every truth claim does not have a middle ground. This includes the truth claim to live at peace with all in so far as it's possible with you.

We need ways to stand firm on conscious without wounding our brothers or hating our enemies.