"A New Kind of Christiantiy" 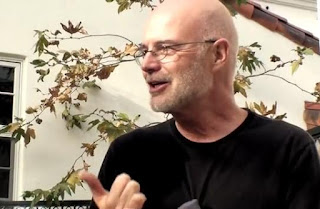 I just started reading A New Kind of Christianity, the latest from Brian McLaren. As I just read the first chapter I was reminded of just how good McLaren has been for me in my spiritual journey. He, among a few others, has a way of keeping me excited and inspiring me to believe again and again that something new a fresh is indeed possible. As Brian says it, "something new is trying to be born among those of us who believe and follow Jesus Christ" (page 13). He gets me thinking, "boy I'd love to be a part of that"--something most of us don't find ourselves saying often enough in regards to the church.

It has been a while since I've sat down to read anything new from Brian. I guess it may be because of all the "buzz" about him--he's either a heretic or he's trendy, depending on what circle you're in. But all that's just non-sense, I'm reminded. Once you lay all the "buzz" down and just read what he's got to say, it just turns out that he's uniquely refreshing over and over again.

If you're disillusioned with church, perhaps you should pick us A New Kind of Christianity. Also, check out his channel on Theooze.tv where he's currently discussing the various sections of this new book with Spencer Burke.
Posted by wellis68 at 3/15/2010 02:42:00 PM