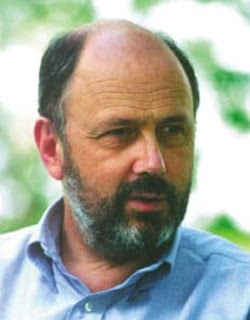 I have to thank Mike Devries for posting the video below a couple of weeks ago. It's had me thinking.
I have always been fascinated with the theological conversation on Hell. To me, Hell is profoundly central to Western Christianity insofar as it has dictated how people weigh their theological/ethical priorities. The doctrine of Hell has almost single-handedly constructed the image of American evangelical Christianity which has taken center stage in the world's perception of the Church as a whole. Hell might be many atheists biggest reason for being such, ironically, because of its' inherent connection to evangelism. And this is the greatest indication to me that we must begin to rethink Hell for our generation. We must find a truly Biblical view which makes sense of the rejection of God but also of the prayer "on earth as it is in heaven."

I think Tom Wright, in this short but sweet video, gives us some good starting points for conversation. Having read some Orthodox theology on Hell, I can say I appreciate how Wright has accepted and worked with the critiques of a more Eastern perspective. We need to follow the path for which Wright shows us the opening. He does not really "answer" any questions here, and neither would I, but he certainly starts in the right place.