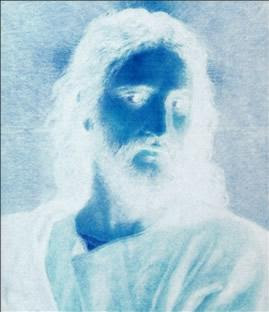 Sometimes it's embarrassing to be a Christian. Not that being a Christian is embarrassing in terms of "going against the flow" or "standing up for your faith" but it can be embarrassing when you see Christians doing stupid things in the name of Christianity. And it's not just people doing stupid things that is embarrassing, it's Christianity becoming the root cause and/or justification for enormous problems in the world and historical mistakes. Christianity can either be a conduit for reconcilliation (consider especially that the roots of Christianity are in the reconciling movement of opening the hope of Israel to the gentiles and to the whole of creation) or the justification of violence and oppression. It's all in how you spin it. Either God is against the heathens who can be identified as [fill-in-the-blank] or God is in the face of [fill-in-the-blank] (often including cultural identity and religious expression) and Christians will act accordingly. This leads to such extremes as Mother Theresa and the crusades.

I think it is just as important for us to distinguish "versions" of Christianity from one another as it is for us to remember that all those who claim Christ, in whatever version, are our brothers and sisters. It's not fair either to say, broad-strokingly, that Christianity is a reconciling movement or a destructive movement for there are versions of Christianity going in both directions. Contrary to popular belief and popular demand, there is no (or is no longer) any unifying doctrine or praxis by which we can truly identify the large umbrella we call "the Christian faith." For even if we choose some creed or set of texts by which to make such a determination, the hermeneutical extremes of interpretation guided by different versions of Christianity remain no more practically unified than they were from the start. Just because two opposing perspectives affirm the same texts or creeds they do not necessarily share a common understanding thereof.

However frustrating this may be, we cannot force "Christianity" to mean one thing. We must continue to walk, even in confusion, into the mysterious ambiguity of the matter. If I force Christianity to mean something which excludes folks like George W. Bush and others who may be responsible for some of the embarrassment surrounding the issue, I will be creating an ecclesiology of convenience in which only those like me may be included. This would lead us into dangerous and tragic territory.

Therefore it is best to understand definitions and categories as intellectual training wheels of which there are always exceptions and there is rarely black-and-white simplicity. Thus we are forced to continue the conversation... And there are good conversations within the church, including the emerging church conversation and others like it, which may lead to a sort of Christianity which may become something which empowers justice and reconciliation rather than oppression and violence while being no less difficult to define with a broad-stroke. We can do no more than simply continue to proclaim the Christ who offers good news to the poor, sight to the blind, and release to the captives until the Holy Spirit finishes the work which has been started in us.
Posted by wellis68 at 2/07/2010 08:11:00 PM

Just happened to click to your post, and know that is a God thing, as you wrote exactly what I've been trying to get my head and heart around. In being so frustrated with certain segments of Christianity, I've realized I'm just as judgmental as they are. Loving ALL of our brothers and sisters continues to be a challenge for me, but your words will help.

I have to disagree with you here. There is only One True Church established by Christ (Mt 16:18) and One True Faith, as there is only One Truth. The Church is Christ's body and as such cannot be divided. All other "versions" of Christianity are either flawed or separated from the Body of Christ by the will of men who chose to leave the Church because they failed to recognize it's God-given authority and as as such disobeyed Christ. It is a hard fact for many to accept. But it is fact nonetheless. As the Venerable John Henry Cardinal Newman once wrote, "To be deep in history is to cease to be a Protestant." He converted from the Anglicanism to Catholicism.