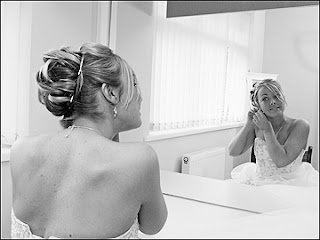 "Do not merely listen to the word, and so deceive yourselves. Do what it says" _James 1:22

This passage is often quoted and so it's among the most familiar verses in the New Testament, let alone the book of James. Until recently, I had never really read it carefully in context. Prior to this passage, in verses 1-18, we find a subtly basic and typical example of wisdom literature, in which folly leads to death (v. 15) and God's wisdom leads to life (V. 12). Although at first glance these connections are seemingly almost hidden, "wisdom" is connected to "the word of truth" (v.18). There is other support that "word" and "wisdom" may have had connections to one another among early Christians. For example, some scholars have drawn connections between "word" (which is logos is Greek) and "wisdom" (as in lady wisdom from the book of Proverbs) in the first chapter of John. Some of the support for this argument can be found by comparing John 1:1-5 to Proverbs 8:22-36. This "word" is that in which, apparently, God has chosen to "give us birth... that we might be a kind of firstfruits of all he created" (v.18) (also notice the "creation" reference in this passage, in John 1, and in Proverbs 8... interesting).

Thus, according to James, "we" (meaning those who are found in Christ and in the early Christian communities) are given birth, perhaps re-birth, in this word which is God's wisdom. Birth is about beginnings and birth is about identity. At the beginning this wisdom, this word, was God's intention for us. And our identity, our true identity in Christ, is found in this word. We are not, according to our true identity, "just sinners." We sin when we allow "desire" and "temptation" to conceive and breed death (v. 14-15). We sin when we lose sight of this identity. This makes sense of James 1:23-25.

"Anyone who listens to the word but does not do what it says is like a man who looks at his face in a mirror and, after looking at himself, goes away and immediately forgets what he looks like. But the man who looks intently into the perfect law that gives freedom, and continues to do this, not forgetting what he has heard, but doing it—he will be blessed in what he does."

We have been told who we are. This was the purpose of the Law given through Moses and this is the purpose of Christ's example, exemplified in his life and his teachings. This wisdom is revelation of our true identity. To live according to any other identity is to sin. To hear the word, to have apprehended an understanding of our identity and to then live in ignorance, not living according to this identity, is like looking in a mirror and then forgetting what you look like.

Therefore, being doers of the word is more than just doing what the Bible says, it's embracing love and wisdom as essential to who we are, and it's living into that identity. It means that everything in you, all that you are, becomes committed to participation in the life revealed in Christ Jesus which is a life of "look[ing] after orphans and widows in their distress" (James 1:27).
Posted by wellis68 at 1/13/2010 11:25:00 PM