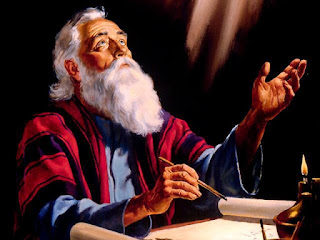 The question of authorship is always an important one for the interpretation of scripture especially when it comes to the New Testament. Now, up until recently, the church has basically maintained that the claimed author of a given canonical text is the actual, literal, and historical author. In other words if Paul says he wrote it then it must have been written by Paul and if it says that John wrote it then it must have been penned by an historical individual named John, etc. However, recently (and by recently I mean for at least the last several decades) scholars have disputed these ideas and have argued quite persuasively if not proven that many of the canonical texts are pseudonymous (written by someone other than the claimed author in the name of the claimed author). In the midst of this, scholars have not had much trouble maintaining the authority of the text. It's often presented as a no-brainier that, for example, 2 Peter was not written by Peter. Only the most conservative scholars with a strict-inerrantist agenda will contest, and not on anything solid, that Peter actually wrote 2 Peter. And there are other similar cases within the canon. The reason, among other reasons, that Christian scholars have not had a problem with this is because the literal authorship of a text does not determine its' pertinence to the community to which it was written and its capacity to fulfill its role in the Biblical narrative. Some texts were indeed literally written by the claimed author but those that were not are still accepted as quite fit for the canon.

So what happened? Why was literal authorship so important to the church prior to modern scholarship? I believe that there have been historical shifts in the way scripture was viewed by the church. The earliest church and churches to which the original texts were written and in which they were circulated understood pseudonymity. They weren't deceived by some anonymous individual who wanted to pretend he or she was John or Paul or Peter. Rather, the pseudonymous texts were the product of communities who revered these authors, understood them, were committed to their teachings, and who consented together that the text(s) they produced was worthy of the name of their revered teacher. For example, the Johannine epistles were not likely written by John himself but by the Johannine community, a community of folks committed to the teachings of John enough to eventually write them down in the Johannine gospel, epistles, and apocalypse (Revelation). It wasn't a guy locked in a room hoping that no one would figure out that he was plagiarising. Indeed pseudonymity was not viewed as unethical, if anything it was seen as reverent. These texts were circulated, all the while being attributed to John and James and Peter etc. with apparently no concern for historical clarification. I believe that they referred to these texts simply as though they were written by the claimed author, because to them they may as well have been, until the pseudonymity faded and the culture shifted enough to take the authorship as necessarily literal.

The church eventually embraced a sort of love affair with the literal and a paranoia for "error" and "inaccuracy." Thus literal authorship became a condition for canonization. This lasted all the way through beyond the enlightenment. When modern scholarship came onto the scene, another shift became necessary. The church had (or has) to rediscover pseudonimity for what it was in its context, either rejecting particular books of the bible on this basis or (as I believe we should) accepting them as they are and for their role in the whole narrative whether pseudonymous or not. That brings us to today. Either we fight scholarship on the basis of speculative justification over evidence or we accept the evidence and the books for what they are and we move on in faith, even realizing the beauty of the texts in their true historical form. Imagine being part of the Johannine community, finally penning the teachings of John who introduced you and your community to Jesus Christ. How beautiful and pertinent are the epistles and the gospel in that light?! Of course they are still fit for the canon and of course they are still authoritative.

So don't be afraid to ask questions of authorship. You may discover that it won't make or break your faith if, for example, Paul actually wrote 1 Timothy or not and you may find yourself a beat closer to understanding the texts' contextual pertinence and message, thus discovering anew the word of God for us today.
Posted by wellis68 at 1/09/2010 01:10:00 AM