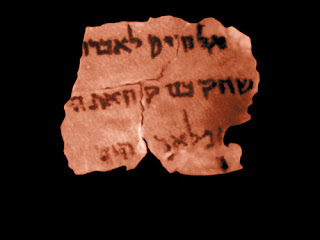 I want to believe the Bible but I want to believe it on its' own terms. We don't usually give much thought to how we believe the Bible, the question is usually centered around the black-and-white question of whether or not we believe it at all. The real complexity is all about the how question. Many people, each of whom believe the Bible and are even passionate about it, can find themselves in such stark disagreement about their belief that they spend hours arguing heatedly over it. An example of two people who both believe and love the Bible would be John Piper and N.T. Wright. Who can question that these men both love the Bible, believe in it, and center their lives upon it? Yet they have spilled ink disagreeing fundamentally about what they believe from the Bible. Thus, the most important question is the how. How do we believe? Under what systems of logic? Under what presuppositions? Under whose terms?

We often carry post-enlightenment presuppositions into Biblical interpretation. We often carry post-reformation theology into New Testament texts. We rarely try to maintain something of the posture of the original text because we've discovered that it's either difficult, subjective, or impossible. We can't control which century we were born into. But we can control how much we allow our presuppositions to get in the way of what the Bible is actually saying. You don't have to have been born in the ancient world to understand that the author of Genesis 1 probably didn't hold to quantifiable, post-enlightenment, scientific logic the way we do and yet they were still able to proclaim one creative God. Thus, it would be unreasonable for us to force such logic onto the text. It also doesn't take an ancient mind to understand that whoever wrote the flood story in Genesis probably didn't have the same perspective on linear history that we have yet they somehow still thought the story to be true and thus it wouldn't be reasonable for us to force our own standards of historicity onto the text.

When we force the Bible to be scientific and historical when it, in its' own terms, does not need to be (remembering that sometimes it might need to be) then we force unreasonable decisions upon others. We force people to choose either a literal flood story or no faith in Scripture at all when such a choice is not necessary. We force people to either believe in 7-day creation or to simply leave the faith when that choice is just not necessary. We force people to believe in God in modern/scientific terms or in no terms at all when we may indeed need to find other ways of coming to such a conclusion outside the realm of post-enlightenment logic and scientific reasoning. If I myself were forced to do so, I am not sure I would come to the conclusion of faith in God through scientific reasoning or through the terms of post-enlightenment systems of proof and data. Thus, we need to help people see other ways of looking at the world and other ways of understanding truth so that we may come a bit closer to understanding the Bible on it's own terms. Perhaps we've lost our sense of "faith like a child."
Posted by wellis68 at 12/28/2009 01:07:00 PM

A big part of this is being able to say that I cannot view the bible "on it's own terms." As a flesh-and-bone human being born into a timeframe with a context, it will be impossible for me to move beyond the context I was born into. Even "looking beyond" a presupposition such as "modernism" or "enlightenment" can be misleading in our characterization of pre-modern people or pre-enlightenment people in our own image.

In trying to remove these "post-enlightenment presuppositions" for instance, we might come to conclusions that Genesis One is not "such an such scientific" thing, or that the flood did not "actually" happen, but what evidence do we actually have that pre-modern peoples believed in this way?

I guess what I am looking for is evidence that pre-modern people think in this non-scientific way that understands the text not literally but in this metaphoric way you speak of. I am not deranging this way of thinking about the Bible, but I wonder how much of it IS based on a modern critical biblical scholarship?

Interesting point Danny. There definitely is a line that must be walked. Like I said, you won't be able to put yourself in a pre-modern context but you can identify which presuppositions might not be necessary for interpretation of a specific text. The evidence is only clear if we look at the whole Biblical narrative. The weight of importance of, for example, the flood narrative is never placed on its' historicity but rather on its' function (it functions, more or less, as a "myth") in the narrative as a whole. The question, in any text, is "how does it function"? Once we've seen this we've seen the evidence for determining which presuppositions are necessary and unnecessary.

Keep up the thoughtful posts!