Creativity Over Violence and Quandary Ethics 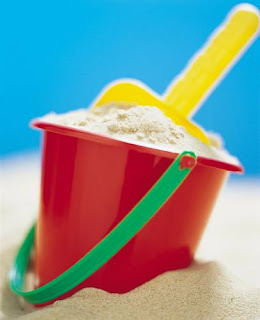 There is a lively discussion happening on my Facebook, of all places. I posted a quote by Logan Laituri, an Army veteran with combatant service in Iraq during OIF II, which went like this, "...as Christians, we know violence is not part of God’s intent and that in every form it counteracts Christ’s redemptive suffering on the Cross." And the discussion get started from there (I wasn't really looking for a discussion, I just liked the quote). I've had the discussion about non-violence before and it almost always arouses passion in people. It's a very personal subject for people because we've all got so much invested in it. Violence, we're taught, is justified and necessary against the wicked foes of this country and/or our families and we want to know that God wouldn't just let somebody die or get raped or something without killing the foe. We lead our lives by, to use a term which is new to me but I think I will be using in the future, quandary ethics (thanks Danny for introducing me to this term coined by Stanley Hauerwas). The "What if...?" is always among the first things to pop into our minds and thus we broad-stroakingly justify violence by way of creating a scenario in which we'd be left with "no other choice" long before we ever find ourselves in a position to actually respond to violence. This leaves us with little to no wiggle-room for creativity. Because we've already trained to think in terms of "no other choice" we'll always be quick to interpret our situation as such whenever the opportunity arises.

Remember 9-11? After 9-11 the American people, having convinced themselves ahead of time that there's "no other choice" found themselves in what they interpreted to be such a quandary in which they had "no other choice" and so the thought of creative non-violent reaction was laughed away and dismissed (some folks even got fired from the Bush administration for suggesting such nonsensical ideas). Now that the dust of the twin towers has settled many many more people are starting to wonder if there wasn't a more creative option.

People often, trying to hit close to home, refer to my fiance Amanda (who I love beyond language). They ask, "what if..." (so I already know it's quandary ethics) "what if Amanda was being attacked? Wouldn't you defend her?" It is indeed a tough question because I do indeed have a preferential love for Amanda. But if ever my preferential love for Amanda causes me to abandon my not so preferential love for my enemies, then I have missed the point on love. I'm not in the business of forceful defense. But I can creatively turn the other cheek (read chapter 2 of Jesus and Nonviolence by Walter Wink to understand what this means). I believe that there is a more responsible and, dare I say it, a more advanced way of dealing with violence. We all believe it when it comes to our children (well, not all... I did see a lady at Disneyland say to her kids who were fighting, "if you do that, she's gonna hit you. Then what?" as her kids proceeded to fight and the daughter proceeded to hit). Amanda, as the one who I would be "defending" in the "what if..." question above, paints this out beautifully.

I hope that I am never defended by the sword (or gun or knife or anything else that kills). Yes, Wes is my protector, but he protects me in a different kind of way than the way of the world.

I teach preschool and something you hear constantly is "use your words". We teach our children not to hit back, but to tell them they don't like it. And when those children do hit, we sit them down and we find out why they hit. There's always a reason why. (example: Not enough toys for everyone to play with)

I was just saying the other day that I miss working with groups of children (right now I work one on one with one child and their family) because I miss being able to problem solve with them. I actually enjoyed sitting a child down after a frustrating moment to help give him the tools to make better choices next time. (example: ask to use the toy when someone is done or find something else to play with).

Maybe it seems far fetched to some to compare preschoolers to intruders, but maybe not enough toys is some how similar to not enough food or not enough money. Though the actions don't fit the situation (hitting because there aren't toys, or breaking into a house because there isn't enough money) there is a frustrating need and someone doesn't know how to deal with it. Maybe I can give them the tools to stop the situation before it happens. Maybe there is a glimmer of hope that we can change a life by our sacrificing hearts that reflect the beautiful face of God. That we can find a creative way to react to those terrible things that happen to us. Maybe we can see that the boy is going to hit, and maybe we can give him our extra shovel to play with us in the sandbox too.

Perhaps we should take up the mantra, "use your words" or "we don't hit" in more of our political discussions.

Jesus was more creative than we are. He defeated death by letting it do its' worst and still coming out of the tomb. Ours is the task not of avoiding the cross but of stepping out of the tomb. Jesus befriended his enemies (Judas in particular) long before they intruded.
Posted by wellis68 at 11/14/2009 12:50:00 PM