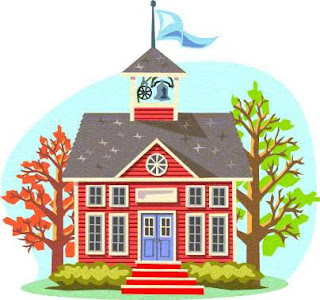 For some people the greatest argument against a public health option is that the government does things inefficiently and the health care system would implode if the government got their fingers on it (funny that hasn't happened with medicare). There's a lot of truth to that but at the same time when it comes to education, however bad the government has done in that area, we're not protesting against public schools (at least most of us aren't), we're just asking that the government do a better job. If wealthy people don't like the government/public education option they can pay to put their child in a private school (that privilege comes with wealth), and the private schools have done a pretty good job staying in business even with the competition of public education. Why can't it work the same with health care? Why are some people so afraid of a public option? The U.S. didn't go socialist when they invented public school, why would we now? We should expect some inefficiency in a government/ public health care option, that seems to be the M.O. right now of our government. But we're not out picketing against public schools so we shouldn't go picketing against public health care, we should continuously call for those in power to simply do a better job.

If we're willing to let the government teach us and defend us we should commission them to provide a health care option even for those who cannot afford it. And remember not to waste time deciding who's worthy or deserving.

I shouldn't have to pay for the public. I just want to buy what is rightfully mine and let all those other sons o' buy their own moonshine.

Tell them they can kiss my rear end.

What's up Wes? Been getting your blog posts for a little while now.

I think public medical would be a disaster. I'm all for helping people in need, but when you make something like that free to the public, it will be abused, look at medicare fraud. Medicare also cost 10 times what was projected. Our deficit is already too big of a burden.
From what I hear (and see on youtube), government run healthcare isn't working so well in Canada. People are put on waiting lists for months for tests and procedures that are needed immediately. Many (including a former Canadian parliament member who opposed private medical care options) come to the U.S. to get medical care and have to pay out of pocket. It takes away freedom of choice, unless you have private medical care available.
I like your blog, Wes, sorry for hijacking it:)

Murray,
These are good points, but either people wait in lines or they get no service at all.

My argument on the other hand is that people abuse public education. There are hundreds of kids that could better serve our deficits by working in the fields and in vocational schools who are failing school because they simply don't care. Let's send those lazy kids out to the strawberry fields!!! We need to get these mothers out of our schools and into the real world where they can do 'real' work and stop wasting the taxpayers money.

I also think we should close public libraries because I end up having to pay for the librarians salaries.

I also think that we should close all uemployment offices because a few people out of many abuse the privledge.

The real problem is our sue happy culture. That is what makes medicine and surgery so expensive.

Murray,
Good to hear from you. I hate to not talk to you in so long and then start off in disagreement but I think Danny makes a good point.

I don't want our health care to be exactly like Canada's (though I don't think theirs is as bad as you make it out to be) but there needs to be a public option. I learned a long time ago from a guy named Alex Dreese that you shouldn't neglect some, even a few, because of those who will or may take advantage of you (PS, I don't know what Alex's stance on this particular issue is). Just because people will take advantage of the system doesn't mean that the ones who really need help should suffer.

Thanks for reading Murray. I'm still sorting this issue out. I don't claim to know the best solution... I just want to see movement in the right direction.

Good to hear from you too, Wes, I hear good things about your ministry up there in Ramona.

Public Libraries, Government run Police Departments, Government run Fire Departments, Government run Prisons, Government run Courts, Public Parks, Public School... Our government can and will provide certain services to serve and protect its people internally... Public medical does pose a significantly different challenge in that people would obviously rather not pay for something which they really do NEED either way... If the government is going to use my tax dollars to put a 15 year old kid in jail for possession of Marijuana, they better use my tax dollars to treat that poor (minority) for his flu. They better use my tax dollars to heal the Rick's leg (a homeless man in Azusa) which was broken by a police officer (who by the way, abuse the governments money and oppress minorities in some cases too)... Systems will be abused, but being that they will be, I'd rather them be abused for the sake of the health of its citizens, its children, AND its elderly...

Also... The public option doesn't necessarily mean "free" healthcare, but health care that has been provided for a more fair and more universally affordable price due to government negotiations and regulations as well as through public (tax paid) money......... This is, as far as I know, an approach that is still on the table too. We'll see what the President has to say next Wednesday. Tune in.

Not super coherent but I think I managed to communicate.

I am against public schools as we are doing them now. I think they are doing a horrible job - which is why our education system is falling farther and farther behind other nations'.

Had I lived in the day that public schooling was on the voting bloc I would have turned it down as well. But we have become too enmeshed in a failing system, that a pullout now would be disastrous.

As publics' test scores fail miserably while private schools' performance soar, not only is there a greater polarization between rich and poor, but it seems to say to the less wealthy, "you only deserve mediocrity, at best."

It's interesting to note that the public option for schooling drove the price of private schooling to lofty levels...contra the intent of the public option for health (boulster competition, driving private insurance down). This ended up making the majority of Americans dependent on public school. What do you suppose will happen, if history is a teacher, to the availability and affordability of the private option?